Finally. After a long wait, Bluetooth 5 has launched. Here are details on its specs, range and features that you may find on Bluetooth 5-compaitble devices.

Bluetooth may not be the sexiest feature or specification listed on the box of the latest smartphone or computer, but without it, we would be in a bit of a mess. Whether it is being used to allow that latest Internet of Things gadget you bought to talk to your home automation system, or taking audio from your smartphone and piping it to your car’s entertainment system, Bluetooth is vital to how we go about our lives. 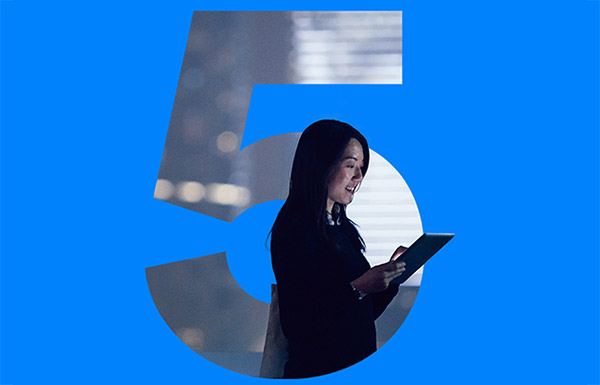 So it’s probably a good thing that Bluetooth 5 is just a few months away. In fact, it’s ready now, but we need to give manufacturers time to actually start using it.

Earlier this week, the Bluetooth Special Interest Group (Bluetooth SIG) announced the availability of Bluetooth 5, and being the big cheese in their field, who are we to argue? In fact, Bluetooth 5 is ready for manufacturers to set about implementing it into their devices, and when they do get around to that, we could be in for some much-improved Bluetooth experiences, particularly due to increased range and speed capabilities.

“Bluetooth is revolutionizing how people experience the IoT. Bluetooth 5 continues to drive this revolution by delivering reliable IoT connections and mobilizing the adoption of beacons, which in turn will decrease connection barriers and enable a seamless IoT experience.” – Mark Powell, Executive Director of the Bluetooth SIG

According to Bluetooth SIG, three of the big changes that we can expect as part of Bluetooth 5 include longer range (4X,) faster speeds (2X) and a larger broadcast message capacity (8X.) Those alone should make Bluetooth 5 a better proposition for many hardware makers and importantly, allow for competition with things like WiFi Direct.

Speed alone should see a big improvement, with Bluetooth 5 able to offer connections of 721.2 kb/s for Basic Rate, 2.1 Mb/s for Enhanced Data Rate and a highest speed throughput of 54 Mb/s with the 802.11 AMP.

For those wondering about increased interference thanks to that longer range, Bluetooth 5 is said to “have improved interoperability and coexistence with other wireless technologies.” Whether that puts our minds at rest, we’re not sure, but it’s good to see the potential issue being acknowledged at least.