Apple does a wonderful job of introducing new hardware and making it seem like we can’t live without it as consumers. As part of on-stage demonstrations, the company focuses heavily on the marketable features and functionality but largely skips over the “non-sexy” aspects, such as battery life. Now that the dust has settled, it’s possible to take a deeper dive into the potential battery performance of iPhone XS and Apple Watch Series 4.

As part of the device introductions, Apple’s executive team briefly touched on the battery life of both iPhone XS and Apple Watch Series 4. And when we say “touched on,” we mean mentioned the battery performance in a brief enough capacity to put a positive spin on it and make it instantly sound like wonderful gains had been made in comparison to last year’s hardware. As far as iPhone XS is concerned, Apple suggested that users would get approximately 30 minutes longer than the 2017 iPhone X. Where iPhone XS Max is concerned, Apple’s team suggested that purchasers could expect an additional 90 minutes of power. 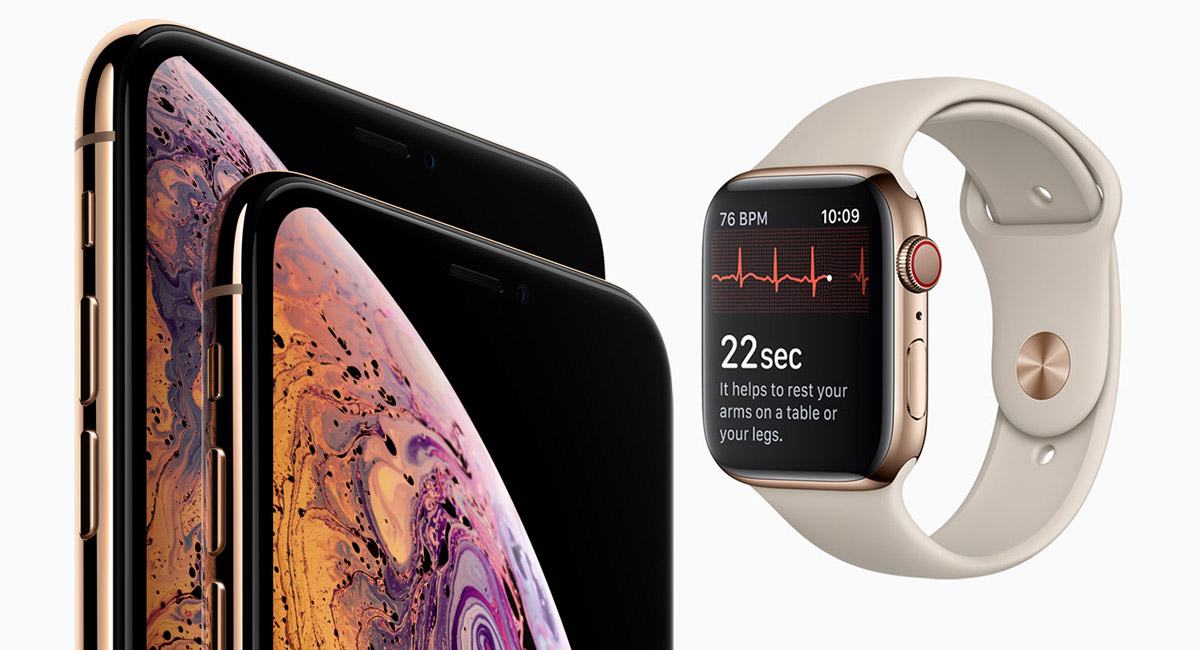 Given that the iPhone XS Max is probably closest to iPhone 8 Plus in terms of overall and screen size, it’s probably more accurate as a like-for-like comparison to put those two side-by-side.

Based on Apple’s published information pertaining to the devices, it seems that iPhone XS Max owners will be in for a treat as far as the battery goes, as it seems to best iPhone 8 Plus in all aspects. Projected talk time, internet usage, video playback, and audio playback are all equal or higher as far as iPhone XS Max goes.

When compared to iPhone X, iPhone XS is listed as being capable of achieving an additional 60 minutes of talk time with all other metrics equal to last year’s capabilities. 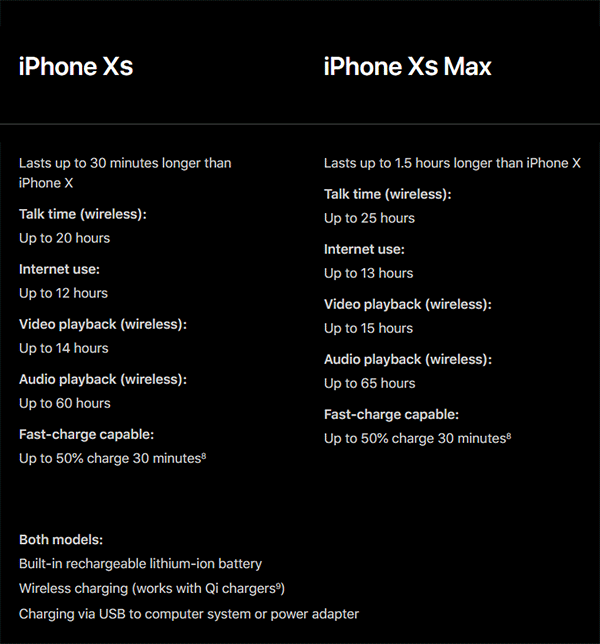 For Apple Watch lovers, there appear to be some positive and negative changes from a battery perspective when comparing Series 4 against Series 3. Apple’s own data suggests that talk time performance on Series 4 has dropped from 3 hours to 2 hours when connected to iPhone, with both generations achieving 1 hour of talk-time over LTE – the positives being that Apple projects that the battery on Series 4 will last longer when working out over GPS and LTE.

In reality, as we have all learned by now, the actual real-world performance will be vastly different from the marketed “best case” numbers.