Ever caught yourself driving down a highway, seeing your phone ring and pondering whether you want to risk your life by answering the call or ignore it until you can exit the highway? Well, you can now respond to the caller without risking your life (and other’s) by using an app called Auto SMS which sends automated texts to people who want to contact you while you’re busy driving or are in a meeting. 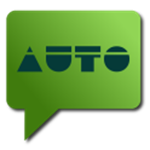 Developed by Thein Min Naing, Auto SMS (Autoresponder) is an Android-only app that lets you send automated texts during a specified time period. It is one of the most useful apps we’ve come across lately, as it fulfills a prevalent need of the modern world. 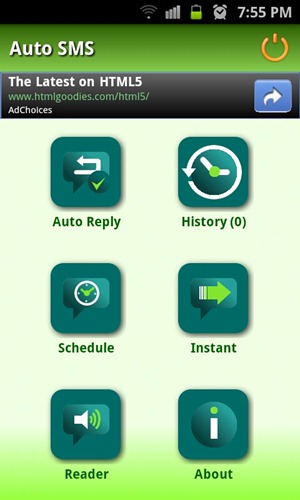 This app responds to incoming SMS and missed call automatically and is able to set a schedule to send SMS in future time. And it also can read out SMS in some supported languages.

Auto SMS comes with many different options. You can set up different profiles (which you can customize to your heart’s content) for busy moments like when you’re driving, in a meeting or are just caught up in doing something personal.

We set up a profile called Driving, set it to run for an hour and drove around the city while letting people text/call us, leaving Auto SMS to send automated texts while we continued driving in our Lamborghini Murcielago without a care in the world. 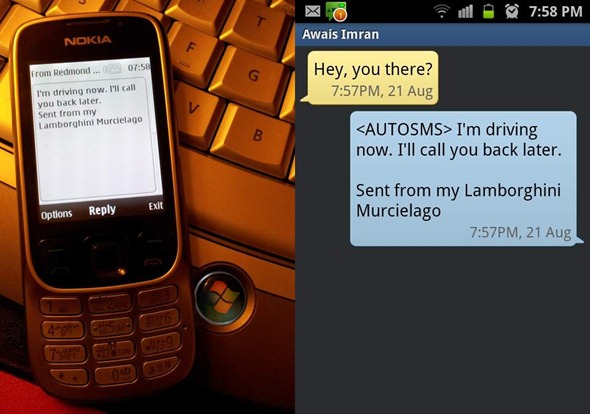 Besides this, Auto SMS also lets your phone to read your texts out loud, schedule texts so they can be sent later on, schedule when to enable specific profiles as well as a homescreen widget for turning on a profile with just a tap. 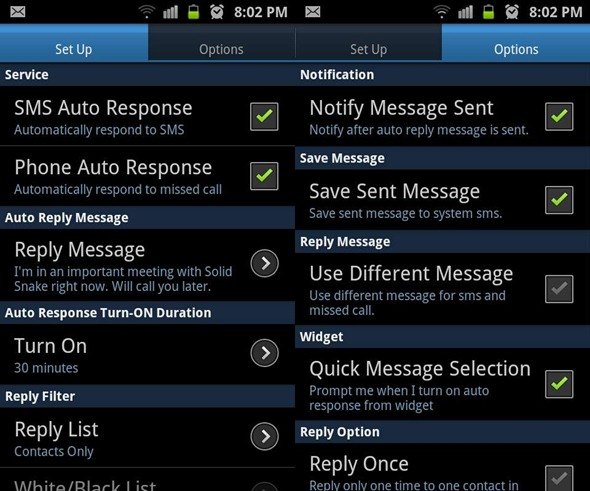 We’ve personally tested the app on our Samsung Galaxy S II unit and can confirm that it works as advertised. It is compatible with all smartphones running Android 2.1 Éclair or above.

If you’re interested, you can give Auto SMS a try from the link embedded below. It is available in Free and Paid versions. The paid version costs $1.90 and simply removes the ads which are present in the free version.

Oh and, there isn’t an app for that on iPhone (non-jailbroken, at least).