Attention iPhone Users: Beware Of These Fake Shopping Apps That Are Now Flooding The App Store

It has come to attention that the App Store is becoming increasingly populated with fake shopping apps intended to trick consumers, ahead of the extremely busy holiday shopping period.

According to one report, unscrupulous developers are submitting apps that take the names and logos of well-known brands in order to confuse consumers into downloading and using the app over any official version that may be available. 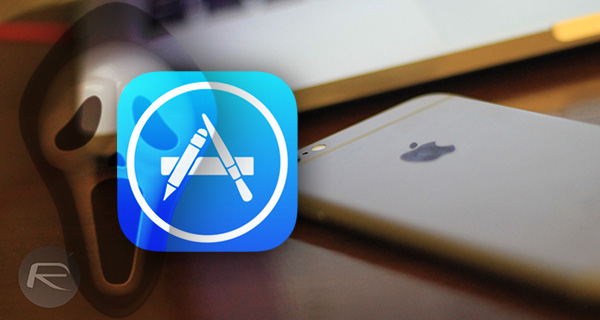 On first glance, the apps would appear to look very official in the fact that they generally contain the actual brand name that they are trying to mimic, as well as have an app icon that is immediately recognizable as the brand’s logo.

As an example, there is one app called Puma Shoes, containing the very familiar looking Puma wording with the majestic puma jumping over logo. There’s also a FootLocker app that is clearly attempting to masquerade as the real deal by using the official trademarked name.

Currently, there’s no immediate suggestion that these apps are ladened with any malware or malicious intent on the developer’s behalf, but it is most definitely a clear case of trademark infringement, with one company by the name of “Footlocke Sports Co., Ltd.” uploading multiple apps under one developer account that all seem to have the same theme and intent.

Apple has historically proven itself to be extremely good at scanning through uploaded binaries in search of malicious code that remotely executes, or for traces of known malware, but it’s also proven itself to be a little lackluster when trying to pinpoint cases of trademark infringement. 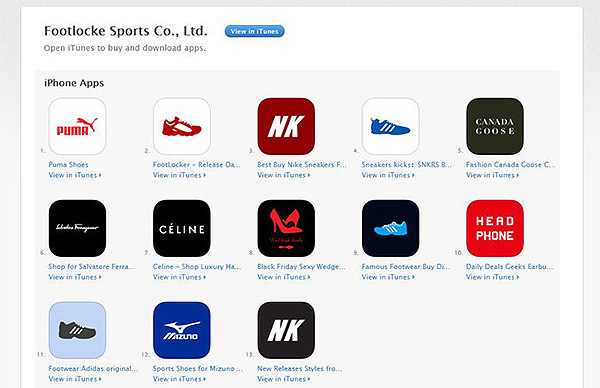 The fact that these apps exist on the App Store, and the fact that they’ve been uploaded and have passed through Apple’s own internal review team, is yet another clear indication that trademark infringement probably isn’t taken as seriously as it ought to be by Apple.

It is of course entirely possible that the apps are entirely without malicious content, and are merely looking to gain a user base by piggy-backing on the reputation and name of the likes of Puma, but it appears a lot more likely that there will be some kind of data or financial information stealing going on for those who actually download the app and enter the credit card information.