Most of us may not yet have televisions that carry 4K panels, but Samsung isn’t going to let that get in the way of cramming an ever increasing number of pixels into notebook computers. To that end the company has announced the ATIV Book 9 Pro, its first 4K UHD notebook computer and the successor to last year’s ATIV Book 9.

Retailing for $1,599 and available later this month, the ATIV Book 9 Pro may have one of the worst names in retail history but it actually brings with it an impressive specification sheet that should be plenty to get people interested, even without that 4K display. Not content with grabbing attention with that 15.6-inch 3840 x 2160 4K UHD touchscreen display, Samsung is also kitting the ATIV Book 9 Pro out with a sixth-generation Intel Core i7 processor clocking in at 2.6GHz. Backing that CPU up is 8GB of RAM, a 256GB SSD, NVIDIA GeForce GTX 950M graphics card and a 4K HDMI-out port so those wanting to push content to their equally pixel heavy TV can do just that. 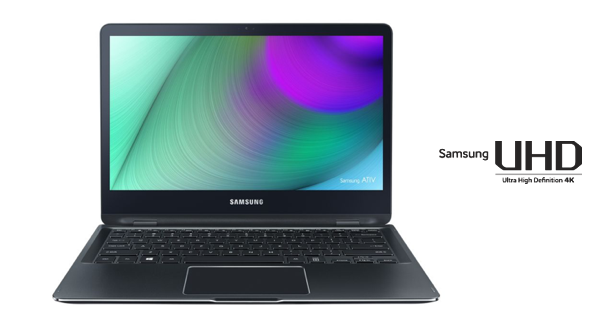 Those not needing a full 4K screen can get a very similar notebook but with a 13-inch 3200 x 1800 QHD+ display for $1,399 in the equally horrendously named ATIV Book 9 Spin, and with added ability to fold back the display 360-degrees. Specifications are essentially identical to the Pro model bar the 2.5GHz Intel Core i7 processor, meaning this machine shouldn’t be ignored when speccing your new system. If 4K isn’t your bag, then the ATIV Book 9 Spin should be in your thoughts. 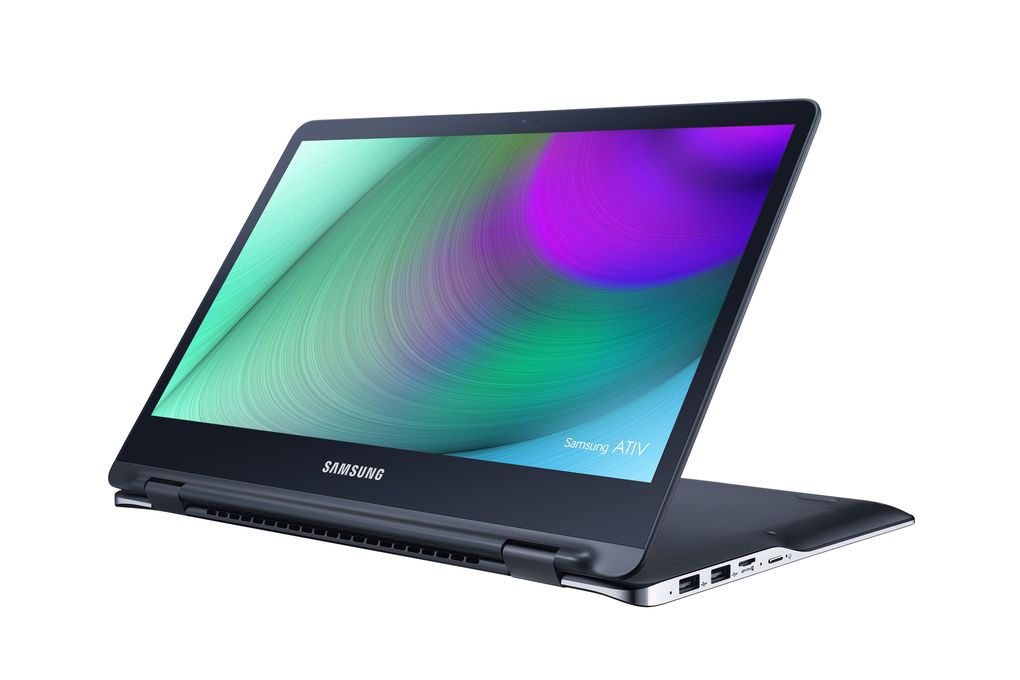 Powered by Microsoft’s Windows 10, and set to go on sale later this month at both samsung.com and Best Buy, the two machines are attractive units and will appeal to those who like having huge screen estate for work.

At the end of the day that 4K screen is the star of the show and likely to be the key differentiator here. If you need it, then check the ATIV Book 9 Pro out for yourself, but if not then saving your cash and plumping for the Spin model shouldn’t be seen as a huge downgrade.