Assassin’s Creed The Fall Comic Series Lands On The iPad

Assassin’s Creed is one of the most popular gaming series around, and the action-adventure stealth title has millions of fans worldwide. To supplement the series, gamers will be pleased to learn that Ubisoft have laid on a series of iPad-exclusive comics named Assassin’s Creed The Fall.

Commonly, gaming fans and comic book enthusiasts are as one, with many games including a storyline element running similarly to an interactive comic. Assassin’s Creed certainly falls under this umbrella, and to keep fans occupied until Assassin’s Creed III drops this fall, the comic has today been released digitally for Apple’s iPad. 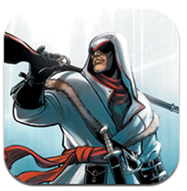 The story tells the tale of the familiar protagonist Nikolai Orelov, following the highs and lows of his journey in what’s being billed by Ubisoft as offering a “whole new look into the Assassin’s Creed universe.” The comic is written Cameron Stewart and Karl Kerschl, two of the very finest in their industry, and although I am not a particularly die-hard fan of the title, I think I might be investing the very reasonable 99 cents per part. 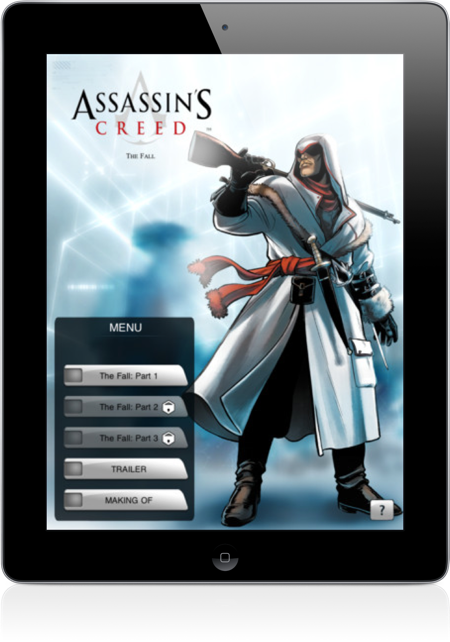 It’s a new storyline from the one within the games, complete with some new characters along the way, and if you’ve played a few Assassin’s Creed titles in your gaming career, I think you owe it to yourself to check the comic book out; providing, of course, you own an iPad.

Those purchasing can choose whether they wish to view the comic in color or black and white, and whilst an outsider may wonder why anybody would opt to view in monochrome on a device featuring millions of colors, the comic book effect is oft enhance by viewing in black and white – particularly those with a storyline such as Assassin’s Creed. 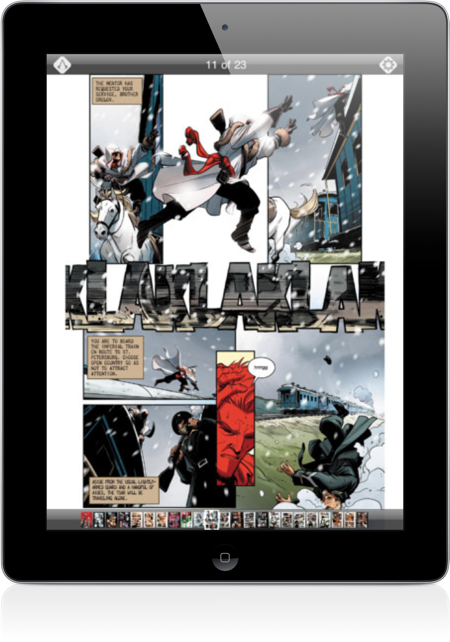 Would certainly love to see some of the other big publishers bring out some comics, as I believe they are a great way to keep fans entertained between titles. Of course, there’s more than one way to skin a cat, and other producers and developers do release cinematic and other content to gamers as they wait for the next installment. Yes, they are money makers, but these comics are, in my opinion, more a token of Ubisoft’s appreciation to its legion of Assassin’s Creed fans, which is good to see.