Backup Your Apps In A Zip File With App2zip For Android

Android is, by a long shot, the most customizable of the three major mobile operating systems. With most modders and developers congregated over at XDA Developers and RootzWiki, it’s one of the most thriving communities of all, allowing Android users to customize and enhance their device’s software to the nth degree.

Although chopping and changing aspects of Android can be fun and usability-enhancing, it’s important for one to backup their device’s contents and apps before getting stuck in to some of the more complicated tasks. When flashing a ROM, for example, one has to ensure Nandroid is current before backing up applications, and after flashing has taken place, everything has to be restore once again in what can become a somewhat tiresome sequence.

Nandroid isn’t the only utility for backing up and restoring, however, and some prefer to use the likes of Titanium Backup or MyBackup. But whatever your poison may be, they all have one thing in common in that they require restoration, an act of which can take a great deal of time.

This is where App2zip comes into play. Unlike your Nandroids and Titaniums, it packs your apps up into one flashable file named update.zip, and once you’ve flashed your ROM, you need only to flash the .zip, and all your apps are updated on the spot. It’s not only a good time-saver for those flashing on a regular basis, but it’s a more convenient, hassle-free solution to returning the apps to the state they were prior. 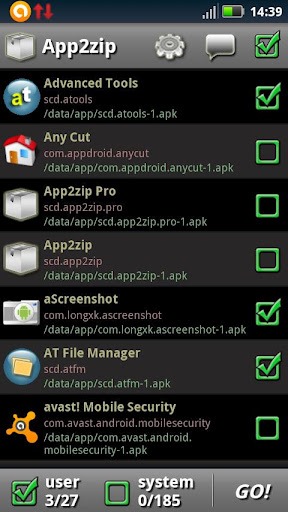 Developed by SCDevs, it doesn’t leave you with many reasons to revert to your trusty backup-and-restore utility. As well as the aforementioned extra time you will have by going down the App2zip route, it’s very easy run, and all you have to do to get started with it is run, and allow root permissions. After that, App2zip will create your update.zip file, and you’re free to continue your ROM flashing endeavors as you so wish.

It’s still a relatively new app, hence a little rough around the edges. It doesn’t work on some devices, so the advice is to test it with one, barely-used app before diving in head first. 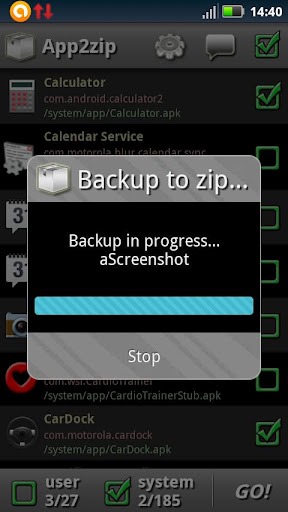