Asia’s Largest Apple Store Opens Up For Public In China

Did you know the largest Apple Store in Asia was just inaugurated? Located in China, the store has been opened up for public, and is making news across the globe. Head on after the jump for further details.

Dubbed the Westlake Apple Store, Apple’s sales and customer services point is located in Hangzhou, China, and such was the hype that in an uncharacteristic move, Tim Cook posted a picture of the store’s opening on his Twitter account. Showcasing the epitome of consumer excitement that the photo depicts, Cook said "Starting Something New in Hangzhou, China! #AppleStoreWestLake". More so, the flagship store has also been highlighted on Apple’s Chinese website under the retail section. 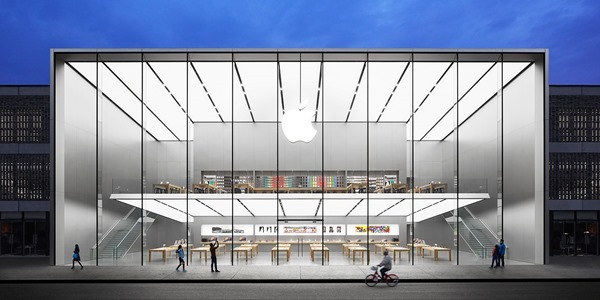 With the launch of iPhone 6 and the iPhone 6 Plus, Tim Cook emphasized that Apple was looking forward to further penetrate the smartphone market in China. After the latest iPhone was launched in China a few months back, the iPhone 5 and 5s market share honestly has diddly squat over the spilling-over demand and current market share of the iPhone 6 / 6 Plus, breaking previous sales records in the far eastern country. Currently, iPhones amount to an incredible 45% of China’s smartphone market share.

Given the huge potential of the Chinese market, this flagship store is no surprise. As is with all flagship Apple Stores, this one includes a Genius Bar, a dedicated floor for workshops, and much more with the design reflecting on the soon-to-open Apple Store in Union Square, San Francisco, which bears a similar glass panel front. 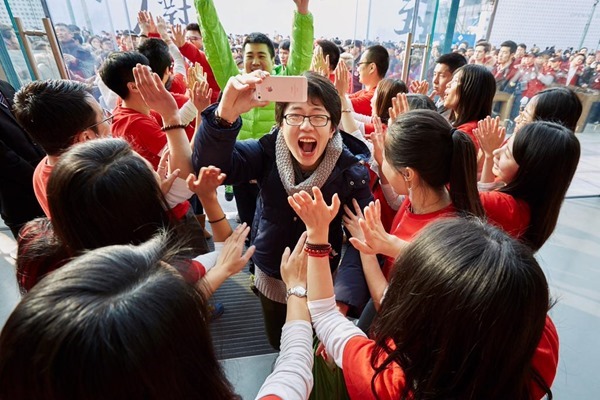 With the launch of the Westlake Apple Store there are now a solid 20 official retail outlets throughout China. However, we may see five more stores open up by late February. Tim Cook has already expressed his intentions of opening up a further 20 Apple Stores in the next two years. Almost two years back, Cook had suggested that China would soon be Apple’s largest market, and if the iPhone 6 / 6 Plus sales are anything to go by, that day is inching closer.

Do you think the smartphone market share of Apple in China would outpace that of the U.S. market? Drop your thoughts and opinions with us on the matter in the comments section below.