Street Fighter II was one of the games of my youth that will always hold a special place in my heart, and no matter how much Capcom tries to recapture some of its magic, I struggle to see how anything can beat sitting in my bedroom as a kid, mashing on a SNES controller.

That might have all changed the moment I saw the work of Michigan-based software developer Abhishek Singh. Dubbed “Real World Warrior” and based on the aforementioned Street Fighter II, the game is an ARKit-enabled fighter that takes one of the games of the 1980s and drags it into 2018. 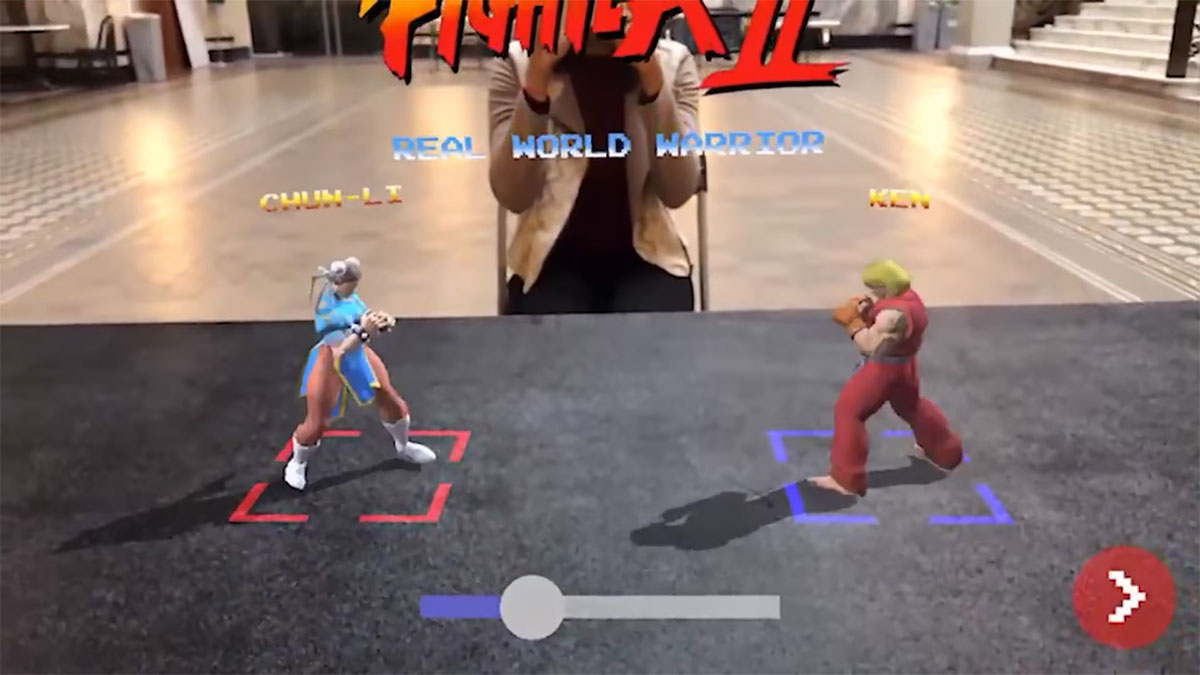 By leveraging the power of the iPhone and Apple’s ARKit, Singh was able to take Street Fighter II and its famous characters and put them into real 3D space. Gamers sit or stand opposite each other and then the game is created and played out between them.

Whether that is on a tabletop or on a street, gamers are treated to a 3D representation of a game that was gorgeous in 2D back in the day. If you had told me back then that I would be watching Ken and Ryu duke it out in my coffee table, I wouldn’t have believed you. Real World Warrior makes it real.

In an interview, Singh says that while the game is currently a tech demo, he does not rule out turning it into a real game at some point if Capcom allows it.

“I loved playing [Street Fighter] as a kid with my sister on an actual arcade machine,” Singh told Cult of Mac. “I was thinking about multiplayer experiences and this kind of popped into my head.”

“I would love to develop it further,” said Singh. “I definitely think this kind of gameplay has lot of potential, but we need to see what Capcom has to say about it.”

I fear that final part may be the biggest hurdle Singh will face, but if the YouTube video of the demo is anything to go by, I sure hope Capcom makes this into reality.