The developer behind the extremely popular jailbreak tweak AppSync Unified has broken her silence on the future of the package. angelXwind has announced that she is in the process of updating AppSync Unified with iOS 11 compatibility for use with recent jailbreaks.

It appears to have been a busy few months for angelXwind where AppSync Unified is concerned. 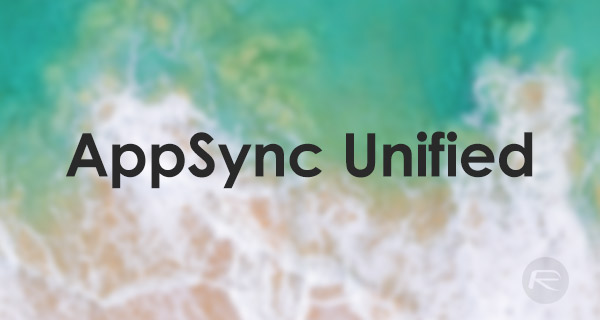 Most developers find themselves hamstrung and unable to offer compatibility for various new versions of iOS until an actual jailbreak arrives. AppSync Unified was updated with iOS 10.3.3 supporting the h3lix jailbreak back in late December, and now, the good news is that the same level of support seems to be on the cards for iOS 11 for those who jailbreak with Electra or LiberiOS. AppSync has been one of those jailbreak tweaks which has consistently benefited from a caring approach and continuous stream of updates to support new and major versions of iOS.

Originally released back in the iOS 7 days, the tweak has been updated on a steady basis ever since to offer iOS 8, iOS 9, iOS 10, and hopefully in the very near future, iOS 11 support for all of those iPhone and iPad owners who are running a liberated version of iOS 11. However, with no update for Cydia and Substrate currently available, which means no iOS 11 support and installation of Cydia with the available jailbreaks, it does mean that users will need to manually install the AppSync Unified tweak when it’s made available.

From a feature and functionality perspective, it’s unlikely that AppSync Unified will come with any additional capabilities when it’s released with iOS 11 support. Bringing it up to speed with Apple’s latest firmware will be challenge enough for angelXwind, meaning it’s reasonable to assume that this will purely be a compatibility update rather than an overhaul and improvement upgrade.

At the time of writing, there was no released timeline for the release, with angelXwind highlighting that she simply plans to release an iOS 11 update. More information as and when we have it.