As has been the case for a few years, Flickr has shared figures on the past 12 months worth of photo uploads to the service, creating some interesting data which highlights what kind of cameras were used to take photos that can be found in its databases.

As has become something of a trend, the iPhone makes up a sizeable chunk of the uploads – so much so that it remains the most popular camera around for those who upload their images to the social sharing and image storage website.

As a result of the continuing move towards smartphone camera use, the percentage of images taken with other types of cameras continues to decline. During 2017 iPhones accounted for 54% of all images uploaded to Flickr, which is impressive to say the least. Last year that number was 47% with 2015 results having 42% of images having started out life on an iPhone.

In 2016, we saw previous years’ trends continue with the top manufacturers and devices. Smartphone use has grown as the dominant device choice, by volume of uploads, while point and shoot and DSLR cameras both lost a few percentage points in their share of total uploads.

Breaking things down, the iPhone 6, iPhone 6s and iPhone 5s were the most popular cameras, with 9 of the Top 10 Devices of 2017 being some sort of iPhone. The Canon 5D Mark III represented the only non-Apple product on Flickr’s the list. 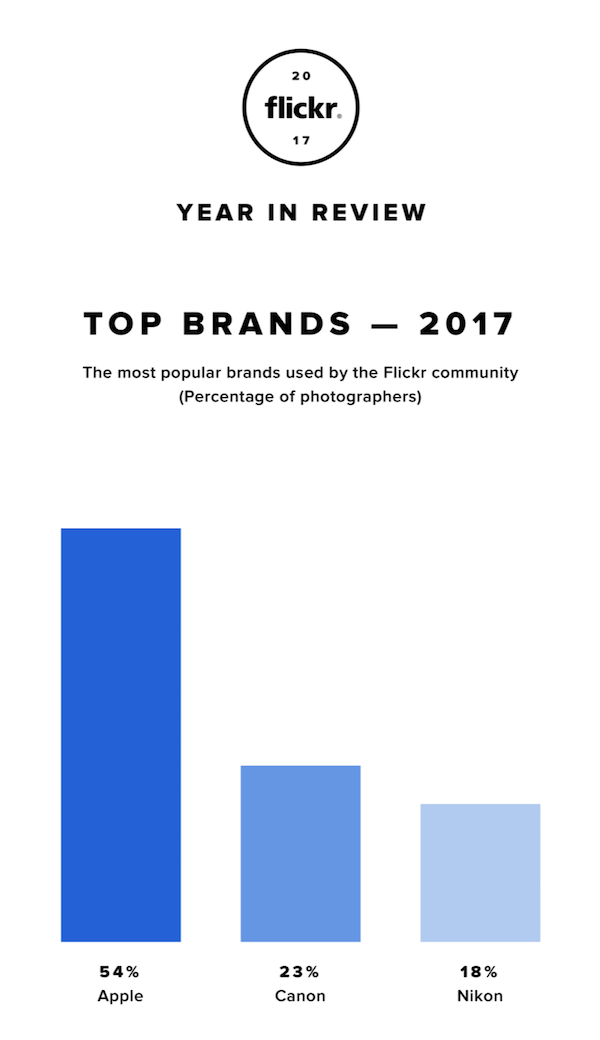 Along with device types, Flickr has also offered Top 10 lists for categories of image, too, Top Portrait Photography and Top Nature and Wildlife Photography. Be sure to check out Flickr’s full breakdown to be sure you do not miss any of the goodness.