Flickr has announced its annual stats for the year 2016, showing where photos posted to its service came from. As always, the photo sharing service has shared a list of the top ten sources for photos, with just two camera manufacturers making the list; Apple and Canon.

The reason for such a small number of manufacturers making the list is simple – Apple’s iPhones take up no fewer than eight of the top ten slots. In fact, smartphones in general now account for a massive 48% of all images uploaded to Flickr.

That’s an increase on prior years and a trend that shows no sign of reversing. For comparison, DSLRs made up 25% of images whilst point and shoots, just 21%.

As for the top 10 as it stands, Apple’s three most recent flagship iPhones, the iPhone 6s, iPhone 6, and the iPhone 5 account for the top three cameras by number of uploads whilst the rest of the iPhone lineup comprises the remainder of the first eight slots. The last two, positions 9 and 10, belong to Canon’s 5D Mark III and 5D Mark II. That means there are some mightily impressive cameras, and indeed smartphones that were unable to climb into that ranking.

Apple’s recently released iPhone 7 and iPhone 7 Plus have taken Apple’s camera game to the next level, with the iSight-Duo deployed by the latter also being the focus of a new profile on Apple’s Newsroom website in which photographers offered their thoughts on its new Portrait mode. 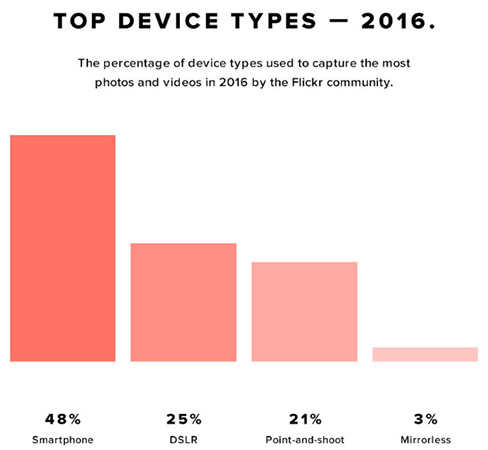 Only available as part of the iPhone 7 Plus, Portrait mode allows for photos to include impressive depth-of-field effect, something which smartphone cameras have historically been poor at, especially when compared with so-called “real” pro cameras. 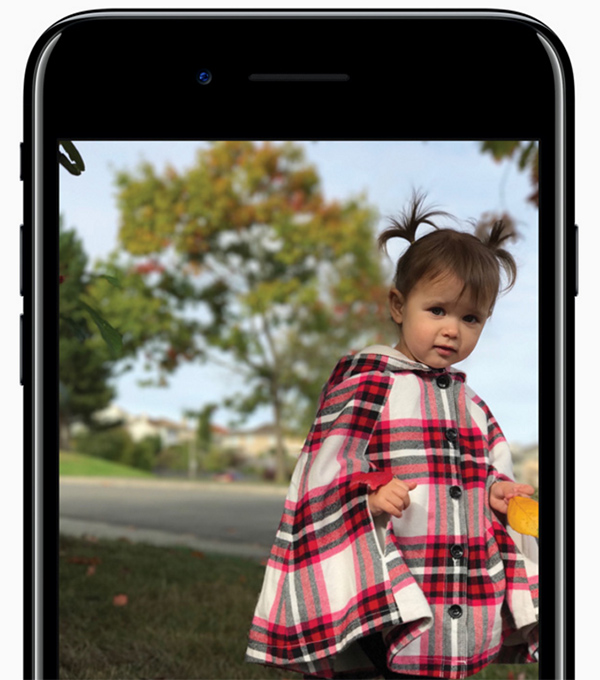 Expect the coming year to be littered with photos taken in Portrait mode, especially on Flickr. After all, the iPhone is the most popular camera on the planet. Still.