Apple today released final version of iOS 10.1 after it underwent a few weeks of beta testing in order to iron out the kinks. Whilst there are bug fixes and security remedies in the iOS 10.1 release, without a doubt the most important addition it will bring for most people is the inclusion of Portrait mode for those carrying around an iPhone 7 Plus.

Announced alongside the iPhone 7 Plus but not yet ready for primetime, Portrait mode took many by storm when it was announced and it is likely to do the same now that it has officially been released, giving everyone with an iPhone 7 Plus the chance to take photos with a depth-of-field effect that was previously impossible, or at least very difficult to achieve, especially for the layperson. Now, though, Portrait mode puts that lovely bokeh effect within reach of all of us. 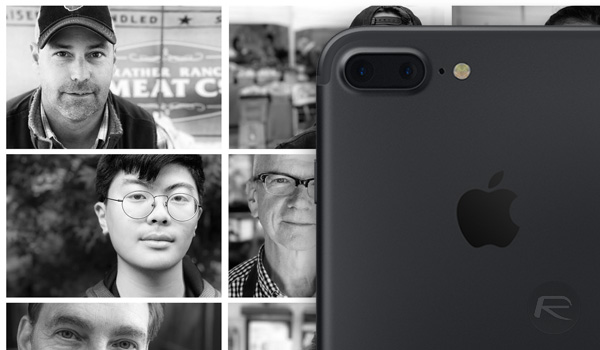 One of the people trying out the beta before today’s final release was a pro photographer Gary Yost. Whilst impressed with what the iPhone 7 Plus and Portrait mode were capable of achieving, he was less blown away by some of the photos that journalists and the like were taking in order to show the feature off.

With 40 years of experience under his belt, Yost decided that he could do a better job than most and set about installing the iOS 10.1 beta and then went off to take some photos. He then shared his results with us.

The results, as you can see below, are hugely impressive, with some needing a quick reminder that they were taken on an iPhone and not a “real” camera. If there was ever a time when smartphone photography came of age, this may be it. Now, granted, Portrait mode is using software trickery + dual-lens camera setup in iPhone 7 Plus to make its particular brand of magic happen, but the end results are hugely impressive. We don’t really care how they get there, so long as the photos look good.

Check out Yost’s images, and we’re sure you’ll agree.