The Mac community, as well as those looking to embrace everything that macOS has to offer, have been intricately discussing the state of Apple’s MacBook lineup over recent months, and although we have long expected Tim Cook’s company to hold an event this month, the immediate issue of invites not only confirms the existence of the event, but also the time, date and location. 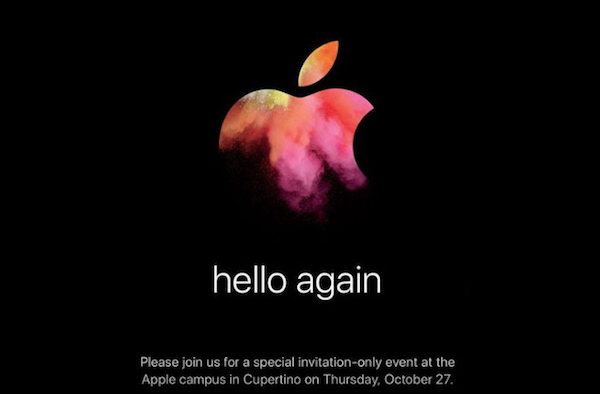 As with all modern day Apple events, this dedicated Mac gathering will be hosted by Tim Cook and his executive team on October 27th at 10am Pacific Time, and will take place at Apple’s own Town Hall at its Cupertino campus in California. With excited members of the press descending on Apple’s headquarters, Tim Cook and his team are expected to announce the future of Mac lineup, which will not only be applauded by the community, but will also give us our first official glimpse at what Apple has been working on for the last few years.

As for what we are expecting to be announced, it’s likely that Cook and co. will focus predominantly on the future of the MacBook Pro. It’s likely that the new machine will see the tried and tested MagSafe connector being removed altogether in favor of a USB Type-C connector that will handle data and power, while Thunderbolt 3 support will also be present.

This would be in line with the ports already in place on the new 12-inch MacBook. This particular model is also expected to come with a slimmer, lighter unibody design with the much talked about built-in OLED touch-bar that will allow function keys to be mapped across to suit the user’s needs. Interestingly, Apple is also expected to bring biometrics to the MacBook Pro with the introduction of a Touch ID sensor embedded into the power button.

As always, we will be bringing you all of the news and announcements directly from the event itself, so stay tuned for our coverage.