Samsung is understandably in a world of pain right now. When it should be taking time out to pat itself on the back for a successful year of flagship smartphone releases with the Galaxy S7 and Galaxy Note 7, it is instead licking its wounds over what can only be described as a horrendous few weeks which culminated in not just one, but two different recalls of what was arguably the best Android device on the market at the time.

The Galaxy Note 7 wasn’t just recalled though, it was cancelled. For good. And that makes Samsung very cranky indeed. 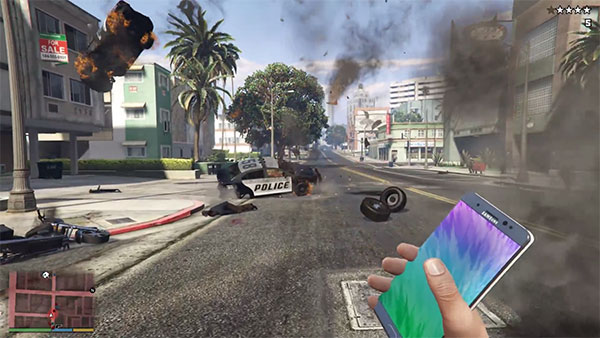 So when YouTube user HitmanNiko created a video showing a Grand Theft Auto 5 mod in which Galaxy Note 7 handsets can be used as grenades, it’s perhaps somewhat understandable that someone inside Samsung took offence to the idea.

What’s incomprehensible though is the fact that Samsung has apparently set about trying to erase that video, and presumably others like it, from the Internet. The first step? Forcing YouTube to remove HitmanNiko’s video.

Trying to view the video now does nothing but display a message which says that the video is “no longer available due to a copyright claim by Samsung Electronics America” which leaves quite the bad taste in our mouths. 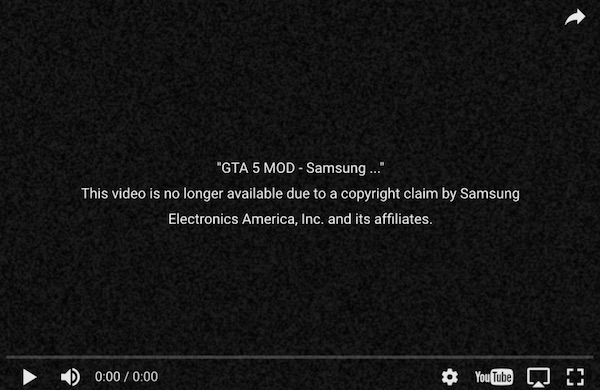 The biggest issue here is that this is arguably the worst misuse of the DMCA we have ever come across, simply because nothing was copied, unless Samsung is trying to claim that by making the in-game grenades look like Galaxy Note 7 smartphones then the video creator was in fact in breach of copyright.

Whether that would stand up in court, we’re not really sure, but as far as we can see it Samsung would perhaps have been better spending its time working on why it can’t make batteries stop exploding than making copyright infringement claims for such videos to YouTube.