Apple is all set to make the Apple Watch available for pre-order next week, having officially announced the times that they will be available in launch territories around the world. If you are planning on getting an Apple Watch on launch day – two weeks later – then you might want to put April 10th into your diary.

Before then though, there is plenty of swatting up to be done, with Apple having just made some new videos available via its website which aim to give potential Apple Watch buyers a glimpse at what they will be able to do with their new device. The videos, not all of which are yet live, with some labelled as ‘Coming Soon’ cover various Apple Watch features including Apple Pay, Messages, Music and Digital Touch. There is also a ‘Welcome to Apple Watch’ overview available that sets the tone for the rest. 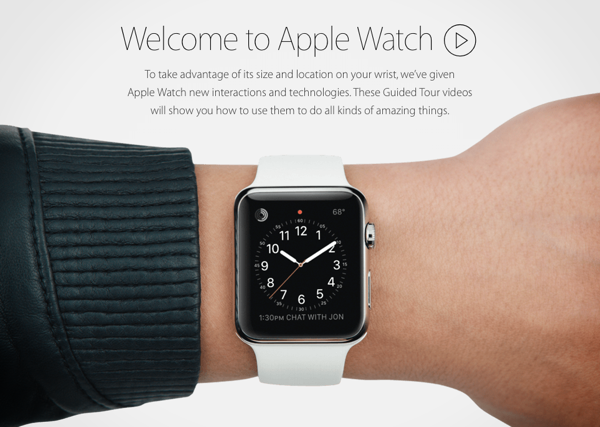 The videos that are live range from a couple of minutes to just under five, and offers an insight into functionality that will be offered by Apple’s stock apps come launch day. Until now, some of the more mundane features of the Apple Watch have been under publicized, but these new videos show some of the steps that will be needed in order to, for example, send a new message to a friend or use the new Digital Touch functionality. Now that we have seen such simple things as customizing the watch face we find ourselves getting even more giddy about the Apple Watch, but that’s probably what Apple was shooting for! 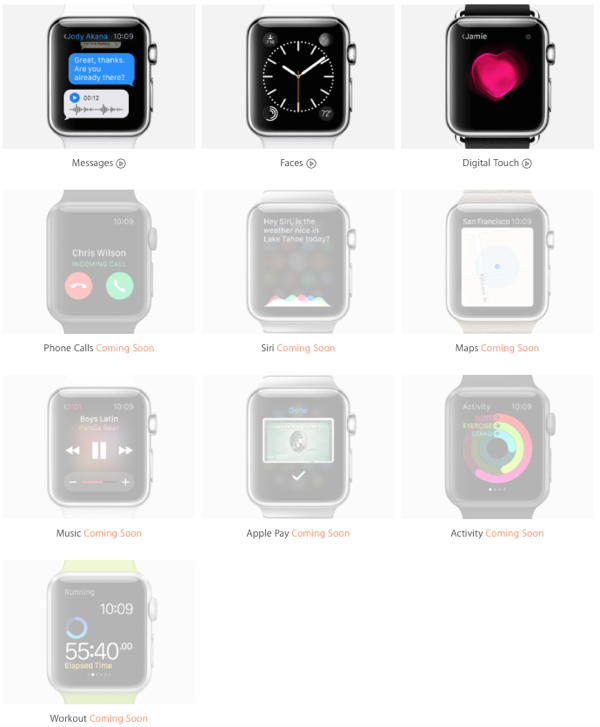 The four videos that are live now are; Welcome to Apple Watch, Messages, Faces and Digital Touch. Check them out here for some more clues as to what we will be using our Apple Watch for come April 24th.

Update: Apple has now posted all the 4 videos on YouTube.