Apple Watch App Store Goes Live, Here’s How You Can Check It Now

The Apple Watch is an attractive product, there’s no denying it, and while its charming aesthetic has generated a fair amount of hype, it’s the substance – internal hardware, functionality and apps – that will determine how long this thing manages to stick around. As has been rumored throughout the blogosphere today, the Apple Watch App Store has been officially rolled out by Apple, and if you’re hoping / expecting the device to arrive on your doorstep over the next few hours, then you can catch a preview of the app hub below.

A thriving ecosystem is the cornerstone of any platform nowadays, even one that has taken the world by storm like Apple Watch. The fact that the device has been pre-ordered more times than Android Wear gadgets sold throughout 2014 is, in the grand scheme of things, largely irrelevant, for beating the competition is far less important for Apple as selling a new idea to consumers. 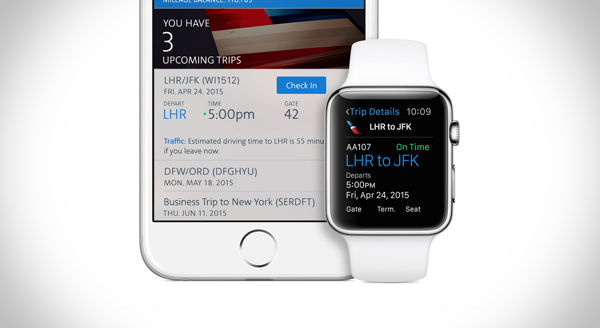 Having plenty of new and familiar apps at the ready is surely going to be helpful to Apple Watch’s hopes of longevity, and the Apple Watch App Store will play the role of provider. As you can see from the screenshots, it’s not dissimilar to the standard App Store, although the circular icons are a tell-tale sign that the content isn’t aimed for iPhone or iPad.

As for the iPhone App Store, those apps that can be used with Apple Watch now include a little notation of Watch compatibility within the description, similarly to how in-app purchases are made clear at the point of download.

Along with the new Apple Watch Store, Apple Watch OS 8.2 has reached the company’s servers, and once the device has been made public, will likely be pushed so as to allow for restores to take place. 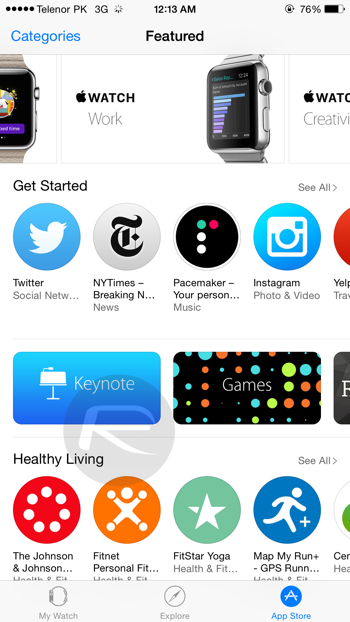 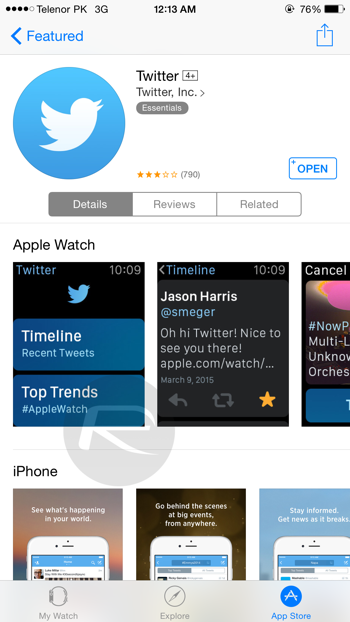 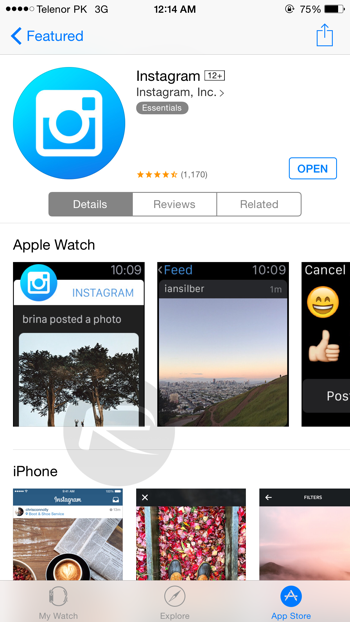 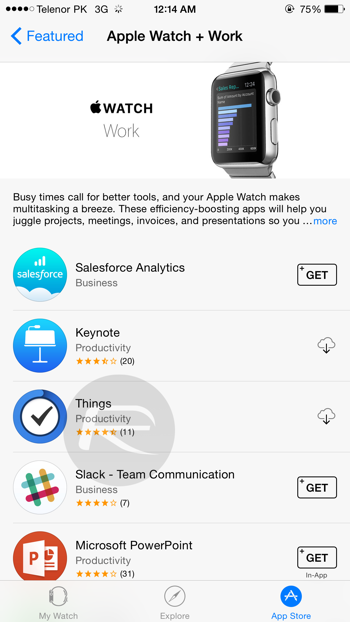 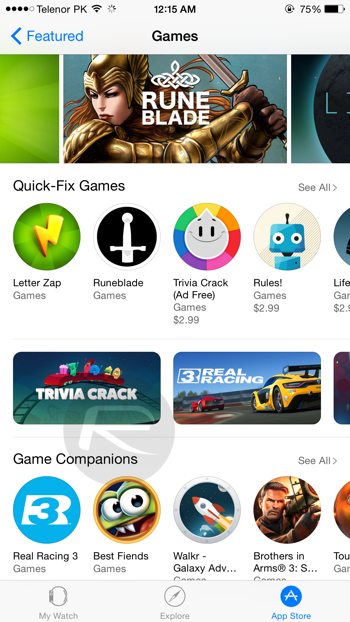 There are said to be some 3,000 apps already available for Apple Watch, which is an impressive feat to say the least, and if you are hoping that your device is in the post, we wish you the best of luck in getting your hands on it by tomorrow.

In the meantime, provided you’re running iOS 8.2 or higher, you can check out the new store by launching the Apple Watch app, and tapping on App Store.