Apple Wants $2.5 billion From Samsung In Patent Claim And Damages

As part of the ongoing court battles with Samsung, Apple is seeking to recover a whopping $2.5 billion in damages for patent infringement, as well as $30 per device sold by Samsung, according to new court filings.

The trial is set to begin on 30th of July, and Apple’s claims are mentioned in the pre-hearing brief.  FOSS Patents‘ Florian Mueller says Apple pitches Samsung’s infringement costs at $500 million in lost profits, and a further $25 million in “reasonable royalty damages.”

In the document, the Cupertino company also alleges Samsung has been “unjustly enriched” by further, and although that specific amount wasn’t revealed, it would appear as though Apple feels Samsung has yielded a further two billion, hence the total amount being $2.525 billion.

Most of the damages relate to design patents, and Apple feels it’s entitled to around $24 per Samsung device in violation Apple’s design patents or trade dress rights. Apple doesn’t deem software patent issues to be nearly as valuable, and is looking for a lot less in software-based patent infringements. Apple seeks $2.02 per unit for the “over scroll bounce”, $3.10 for the “scrolling API” patent, and a meager $2.02 for the “tap to zoom and navigate.”

Despite the specific sums of money stated, Apple is more in favor of Samsung removing the infringing content as opposed to stumping up the cash, and if Samsung is deemed to be in violation of Apple’s intellectual property, this would certainly make more sense as it would prevent further litigation. 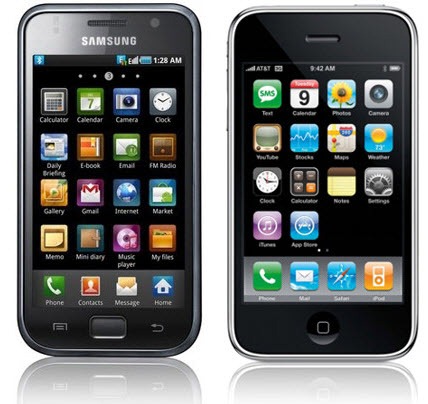 Mueller is a specialist when it comes to intellectual property, and much of the coverage of the continual court battle has been commentated on by him. He does see an end to the debacle, and reckons the resolution will be an out-of-court settlement.

As we reported a while back, a court-ordered meeting was held between Apple CEO and Samsung Vice Chairman Choi Gee-Sung in order to try and find a resolution, but as has been the case prior to many court cases in the past, the mediation session failed in its bid to sort things out.

The pairing are battling on several fronts just now, and it will be interesting to see which way this one sways. Stay tuned for updates as they come through.