Hot on the heels of yesterday’s addition of Tastemade, Young Hollywood and TED, Apple has today added another new channel to its Apple TV lineup in the form of CNNGo. More details can be found right after the break.

The channel, which consists of both live CNN news and clips that can be watched on demand, is available right now to those with Apple TVs sat under their television sets. Users will need to have an active cable subscription and associated authentication credentials in order to watch the live content, but the recorded clips are available to everyone and require no form of authentication in order to watch.

The new CNNGo channel provides the same content that had previously been available via either the CNN.com website or the company’s CNN iPad app. The addition of a CNNGo channel to the Apple TV makes it easier for users to watch the news outlet’s content on the big screen though, something that many will prefer over either an iPad or a computer screen. 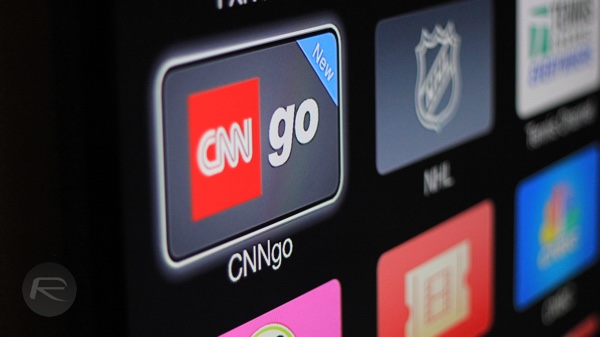 Apple is currently pushing new channels to the Apple TV amongst rumors that it is hard at work preparing to announce not just new hardware but also a subscription TV service that could see cable cutters receive much of the content that they have been without thus far. Expected to cost around $30 per month, the subscription would likely see content from the likes of ABC, FOX and CBS make its way to the Apple TV. HBO recently penned a deal to bring its content to the Apple TV – in the form of HBO Now – as announced by Tim Cook a couple of weeks ago. 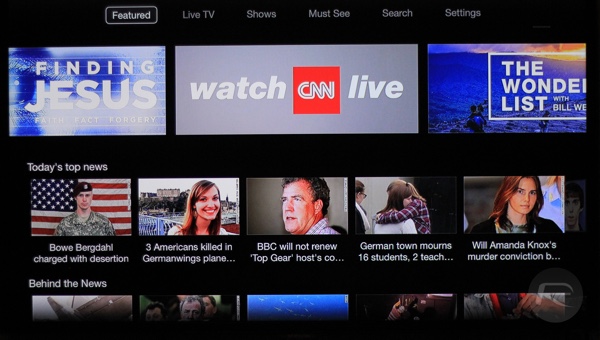 As for hardware, Apple is said to have a new Apple TV in the works that would feature an A8 chip and an App Store of sort for downloading content. Internal storage would be included to facilitate such a feature too.

The next few months could be a very interesting time indeed for the Apple TV.