Apple To Reportedly Acquire ‘Path’ Social Network, Wants To Integrate It With Messages

Social network Path is a beautiful, functional and cross-platform app that is used by many, but despite its credentials and promise, has been somewhat crowded out by Facebook, Twitter et al. It’s hard not to check out from time to time because it’s simply such a pleasure to use, but ultimately, it’s quite dormant, with users generally only checking in when they remember to. An acquisition by a big-name company could soon rejuvenate Path and turn its fortunes around, and according to a report, Apple is planning on buying the app and integrating it with its own Messages infrastructure.

While such a buyout would likely be good news for Path, it would also enhance Apple’s stature as a force in social media. Currently, the Mac maker has precious little to show for its social endeavors outside of iMessage, but with Path under its wing, this could soon change.

Citing a source within Apple’s engineering team, PandoDaily suggests that the deal is all but complete, and once the formalities are over and done with, Path would become a part of Apple’s Messages app.

It’s an intriguing idea, and it would be interesting to see how the whole system came together if the deal went through. If you’ve used Path before, you’ll know that its layout is very clean, simple, and designed in a way that Apple would perhaps have arranged it, so from this perspective, it’s not all that surprising that an acquisition is apparently nigh.

The “well-placed” engineer has slipped that Apple’s purchase of Path is “essentially a done deal,” but given that these acquisitions are never short of an issue or two as terms are agreed, we’ll be keenly waiting for an update on this story. 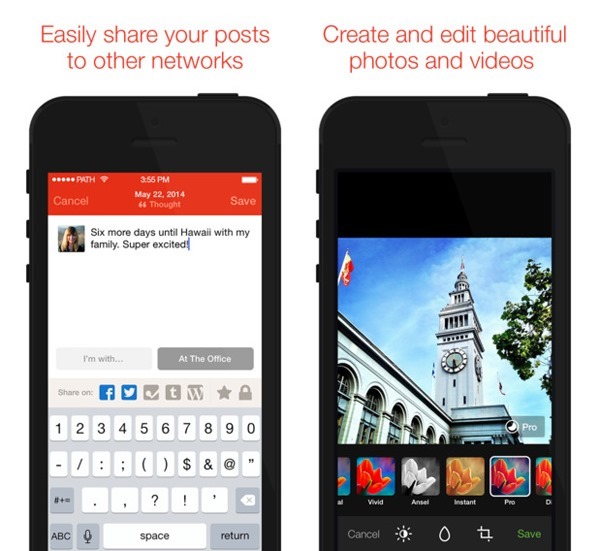 It’s worth noting that Dave Morin, Path’s founder, was on the front row at Apple’s big iPhone 6 keynote address yesterday, and given that this particular line of seats tends to be occupied only by Apple’s big executives, the signs are certainly there.

What do you make of this potential buyout? Would Path’s features really improve Messages and help Apple to stake a claim at the social networking pie?

Be sure to share your comments with us below!