Apple To Release Redesigned iPhone With Aluminum Back In Fall 2012? [REPORT]

According to a recent article by Boy Genius Reports, a trusted source who is very close to the Cupertino fruit company has divulged information pertaining to the design of the next generation iPhone. First of all it is worth noting that the source has not been named, and although the article states that the source gives them confidence that the information is accurate, the fact remains that we could be twelve months or so away from a release and designs are always subject to change.

The launch of the iPhone 4S in October of this year didn’t produce any design revelations, with the aesthetics of the device remaining pretty much identical to that of its predecessor, the iPhone 4. With the launch of the current 4S coming some four months after the expected June release date, speculation was rife that a redesign may have been on the cards. However, that was quickly dismissed with Apple announcing that the keynote presentation would be more ‘software’ centric rather than focusing on hardware.

So with the launch of the next generation iPhone likely to be in the fall of 2012, just exactly what speculation is coming out of the rumor mill? Well the first nugget of information is related to the expected release date. The report is confident in announcing that they believe the release will take place in the final quarter of 2012, around the same time that the iPhone 4S launched this year. 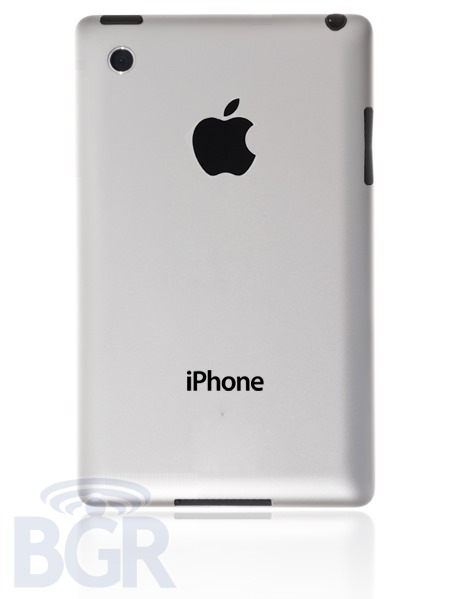 It is also rumored that Apple is setting themselves up to use a rubber or plastic type material in the production of the device. The report has likened the material to that which is used in Apple’s bumper cases and will more than likely be built into the new iPhone’s case. They don’t expect the main form of the device to be built using this material; instead expect it to be used as a bezel surrounding the device.

The reported purpose of the bezel would be two fold; firstly of all to cover the new antenna system that will surround the device, and secondly to join the glass face of the device to a new redesigned aluminum back plate. Earlier rumors have also suggested that the new iPhone will have a larger four inch display and feature an aluminum case similar to the one on the iPad 2.

Does any of this information make you salivate in anticipation of the new iPhone? Or, does it strike you as early stage gossip which will more than likely distort over time? I guess we will have to wait and see.