Apple has dropped the hammer on iOS 14.4 and iPadOS 14.4, with the firmware no longer being signed anymore.

iOS 14.4.1 and iPadOS 14.4.1 were publicly released around 2 weeks back to patch a WebKit vulnerability allowing code execution on device through malicious websites. 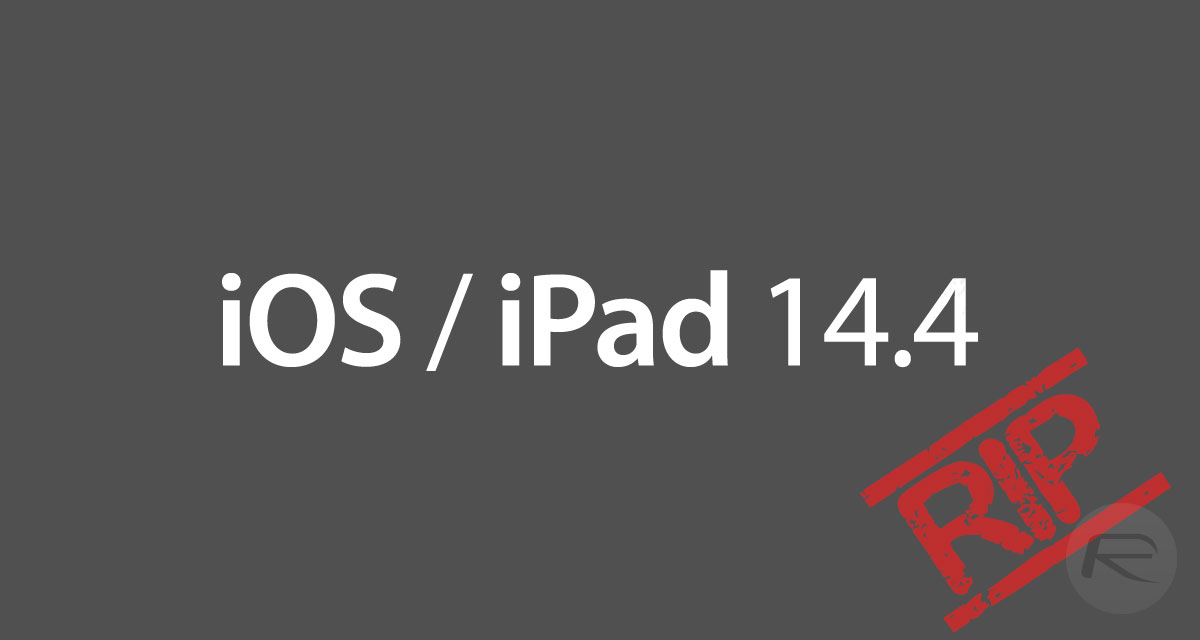 With that fix in place, Apple is now longer allowing devices to roll back to iOS 14.4, in a bid to encourage users to stick to the most updated version of its mobile operating system because, security, or as some would argue, to discourage jailbreaking.

With iOS 14.4.1 already out, we also have iOS 14.5 sweating its beta trainers, with the release in hands of not just developers, but public beta testers as well.

iOS 14.5 also happens to be the most major update since iOS 14 was first released, packed with a multitude of features.

We have the ability to unlock an iPhone when wearing a mask, of course coupled with an Apple Watch. There’s also the much needed dual-SIM 5G support, which finally makes dual-some worthwhile. Want to change your default music app? Can be done in iOS 14.5. Support for PS5 DualSense and Xbox Series X controller? You got it. AirPlay 2 support for Apple Fitness+? Done!

It is likely that iOS 14.4.1 wont stick around for long as well as we expect iOS 14.5 to publicly start rolling out soon.