Looks like Apple is still actively working on bringing Apple Watch’s Digital Crown to iPhone and iPad devices. Here are the details.

Sometimes we get the feeling that there is nothing the folks at Apple enjoy more than filing a good patent application, and the company is known to patent anything and everything even if it never actually finds its way into a shipping product. Apple isn’t alone in this, of course, but Apple’s patent applications do seem to garner by far the most interest. The latest of those applications to be brought to the attention of Patently Apple is for an Apple Watch-like Digital Crown that could be used on devices such as iPhones and iPads. The crown, which is one of the most interesting design and interface features of the Apple Watch, would allow for new interactions on whatever device it may appear.

In the new applications, Apple outlines why it feels that a crown of sorts can be beneficial to owners of devices that would not traditionally feature a mechanical interface of that kind, unlike a watch. The aim is to provide haptic feedback to interactions, something that Apple will see as both an accessibility feature and just good interface design. 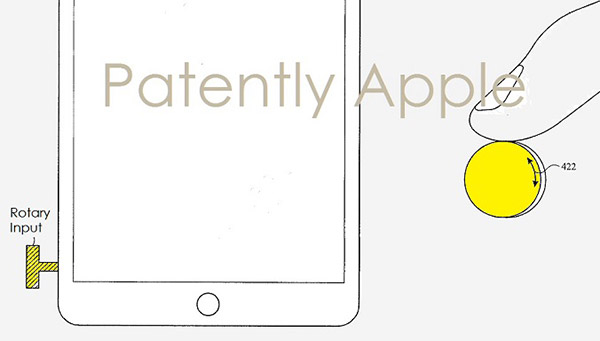 The applications themselves are very wordy, and very complicated but the upshot is this – Apple is working on bringing a Digital Crown-like interface to iPhones and iPads. Whether you think that’s a good idea or not may depend on our exposure to the Apple Watch, but we do wonder whether this is something that will ever see the light of day.

As with all of Apple’s patent applications, there’s no guarantee we will see a product come out of this work. If we do, we don’t know when it might be, either.

For now, we’ll just have to wait and see.