Reports have begun to surface of what users claim are Samsung Galaxy S7 smartphones with cracked rear cameras, apparently with no reason for the failure. Multiple users have reported the issue and it would appear that users with cracked cameras have been reporting them on Samsung forums for months.

All of the users report that their rear camera glass broke without any impact that could explain the damage. In fact, many of those who reported a broken camera had their devices in cases when the issue occurred. 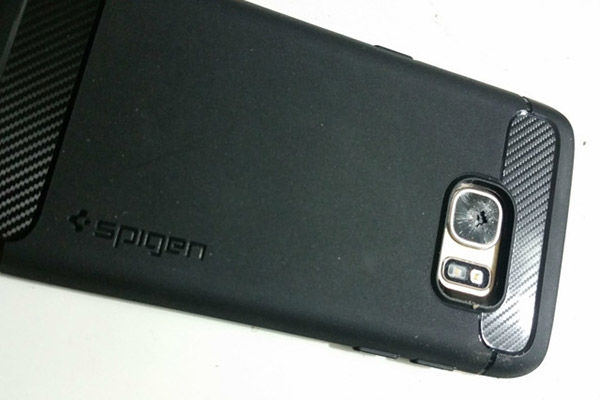 It is far from unheard of for high-end smartphones to experience problems, even problems that seem widespread. With flagship devices from the likes of Samsung and Apple selling in such huge numbers, it is always likely that there will be at least some percentage of devices that are bad.

Manufacturing defects can happen, especially on the scale at which these companies are working. It’s when the same issues crop up repeatedly, over an extended period of time, that questions need to be asked about quality control. That’s exactly where we are right now with Samsung’s Galaxy S7.

With Samsung still reeling from the Galaxy Note 7 debacle that saw the smartphone canned following a series of battery-related fires, the company doesn’t seem to be handling this current problem very well at all. Users are being forced to pay for repairs to their broken cameras, which can cost $70 apiece, and some users have even reported the issue happening repeatedly.

Samsung believes the issue to be user error rather than a defect, but that isn’t stopping Seattle law firm Keller Rohrbach from looking into the incidents. A lawsuit may be on the cards, which is exactly what Samsung could do without right now.

With the Galaxy S8 already set to be released into a world where Samsung is trying to recover from the Galaxy Note 7 recall, it could really do without an ongoing lawsuit surrounding its other flagship phone.