According to a statistics reports; Apple is still the #1 smartphone manufacturer in USA while Android maintains its lead as the #1 mobile OS. 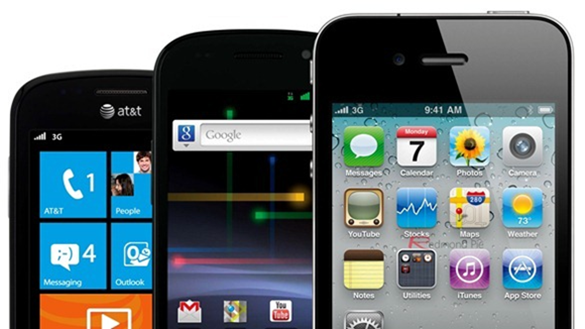 As the smartphone market continues to expand, Android remains the most popular smartphone operating system in the United States, with 43 percent of the market, while Apple is the top smartphone manufacturer, with 28 percent of smartphone consumers sporting an Apple iPhone.

The reason behind Android’s dominance as the #1 smartphone OS is pretty straightforward: while iOS only runs on three currently available smartphones, the iPhone 3GS, 4 and 4S, Android runs on all sorts of devices, from the very low-end devices like the LG Phoenix, to the highest of high-end devices like the upcoming HTC Rezound. Android’s flexibility is the main reason behind its large market share and also the main reason behind its fragmentation issues, but that’s a topic to be discussed some other day.

Apple is expected to continue its dominance through the next quarter, as sales of its recently launched are going quite strong: the iPhone 4S was pre-ordered over a million times in its first 24 hours while racking more than four million sold units in the first three days alone – its has been the most successful iPhone launch ever.

The last OS in the so called “three-horse race” – Windows Phone 7 – hasn’t captured mainstream attention yet, but with the release of Nokia’s WP7 smartphones, it is expected to grow in the coming quarters.

Be sure to check out Nielsen’s full report from the via link below and let us know what you think of Android and iPhone’s dominance in their respective markets.