Apple Retail Stores Getting Set Up For ‘EasyPay’ Self Checkout System

According to a report published a few hours ago, Apple is preparing its retail stores for an all new self-check-out-without-confirming system called EasyPay. 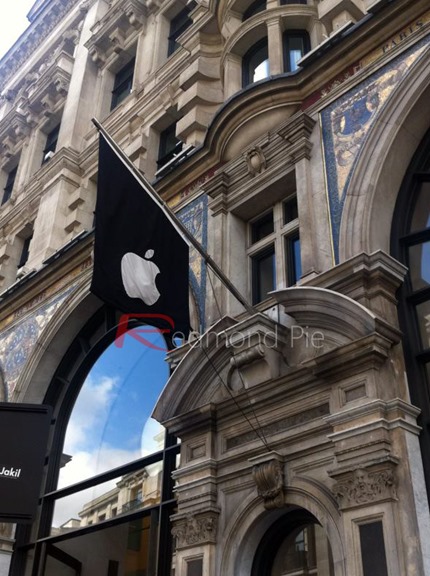 The report comes from our friends over at Cult of Mac – a blog dedicated to covering all things Apple – in which they confirm the launch of EasyPay self check-out system which was reported on earlier by sites like Boy Genius Report and 9to5Mac.

Cheekily nick-named EasyTheft, this self check-out system will reportedly allow customers to pay for items at an Apple Store without having to talk to a sales representative. To check yourself out, you simply launch the latest Apple Store app for iOS, scan the barcode of the item with your device’s camera, pay using your iTunes account and then walk out of the store, without confirmation.

From Cult of Mac:

The new system has been humorously dubbed “EasyTheft” in recent reports, following claims that under the new system, which allows customers to checkout their products themselves using a new iOS app, Apple store employees will not be checking to confirm customers have actually paid for their goods. This approach does seem a little unlikely, however, and we’re sure some kind of confirmation process will be in place.

There are a couple of limitations to keep in mind, though: the self check-out system will only work on iOS devices with a camera and it is only for small items. So you should forget checking-out by yourself if you’ve got an iPod touch 3G (or lower) or the original iPad and wish to purchase more expensive items like an iPhone, iMac etc.

The most surprising thing about this is how, according to the report, you will not have to confirm your purchase with a sale representative. How this would work is simply beyond us as, from what we can tell, this sounds like the kind of opportunity habitual shoppers would love to make use of.

The biggest advantage of this system, and the main reason why it is actually being implemented, is to save time and resources. Apple Stores tend to be very crowded and it can take a lot of time before you get your turn at the counter, so this EasyPay system should definitely make things easier for customers and employees alike.

This self check-out system is reportedly being put in place today and will be available in Apple Stores very soon.