Apple’s iPad may be used by many of us to play games, view video clips and catch up with bits of work on-the-fly, but as the Cupertino cpmany has pointed out before, the tablet can be life-changing to some. To once again show some of the different benefits of owning an iPad, the Cupertino giant has launched a new webpage entitled "Life on iPad," highlighting a myriad of industries and situations currently taking advantage of the market-leading slate.

The new page’s main attraction is a two-minute clip, which focuses on everything from extreme sports to fishing, the operating table to fruit-picking, as well as the other more casual uses like simple photography and mapping. 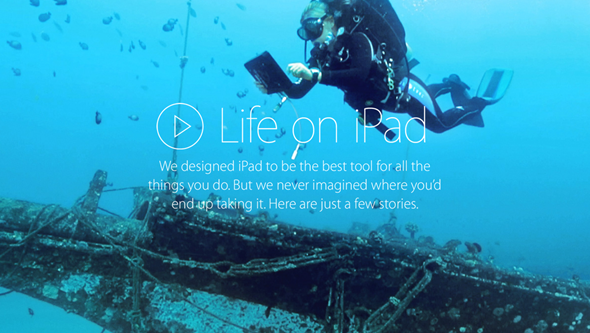 It’s a rather fascinating and insightful look at just how powerful the device, as well as its range of software and apps, has become over the past few years, and while competitors perhaps correctly claim that the stringent nature of the ecosystem is rather limited, the iPad remains not only the most popular, but arguably the best tablet currently available.

Just beneath the clip, there are six other stories offering an even closer look at how these technicians, professionals, sportspeople and others are utilizing the iPad in their day-to-day lives. 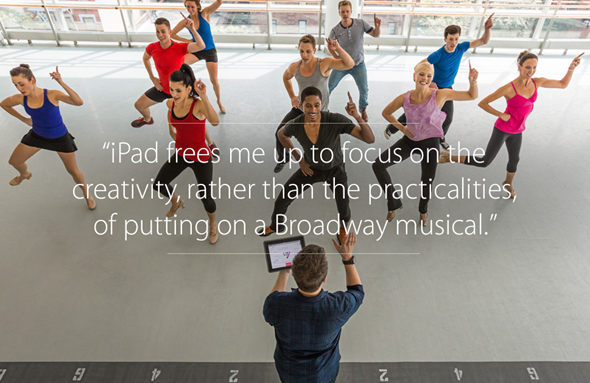 As aforementioned, the Apple iPad is well recognized as a consumption device, with many hundreds of thousands of apps already having been tailored for the bigger screen. But having already, to a degree, achieved a sustainable level of popularity for those seeking a casual entertainment system, the fruit company is now making an even bigger push at selling the device to industries, and videos like this will certainly help raise awareness that the iPad has other uses besides a higher-def version of the Candy Crush Saga.

The fact that the iPad Air is now thinner and lighter than ever before – allied to the iPad mini being, to all intents and purposes, as powerful as its larger brother – gives Apple’s effort a great deal more respectability. And also, given that most of us do use the iPad for largely non-productive purposes, it’s refreshing to see that some are putting the technology at their disposal to very good use.

To see the page for yourself, simply point your browser to this link: apple.com/ipad/life-on-ipad/