Apple’s Touch ID had been rumored to be on its way to devices for some time, and when it was finally unveiled as part of the iPhone 5s we all marveled at how Apple managed to take a fingerprint sensor and build it right into the Home button to the extent that you wouldn’t know it was there. These things always seem even more impressive when shown as part of an exploded diagram, which is why everyone should take notice of the fact that Apple’s Touch ID is now part of a patent application with the United States Patent & Trademark Office.

The patent, entitled "Capacitive Sensor Packaging," is for all intents and purposes identical to the Touch ID that currently ships inside every iPhone 5s. The patent application mentions a ‘responsive element’ for detecting fingerprints as well as a cover made out of "an anisotropic dielectric material, for example sapphire." That’s a lot of impressive words right there! 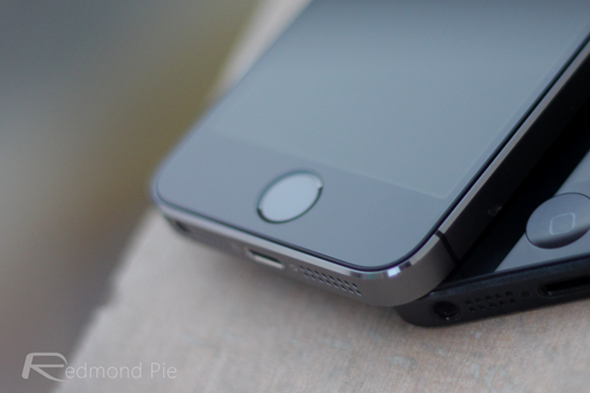 Interestingly to us, this patent application also covers how Apple colors its Home buttons – buttons that would otherwise be translucent, making the fingerprint sensor visible to anyone who wanted to look at it. While that might prove interesting to some of us, we suspect the overall appeal of an iPhone is best served by hiding such magic behind a spot of color. Apple apparently agrees.

Apple’s Touch ID patent also suggests that placing the sensor behind a screen may be something we get to see at some point, something that has also been rumored of late. A patent filing from June would suggest that such a thing isn’t entirely out of the question. 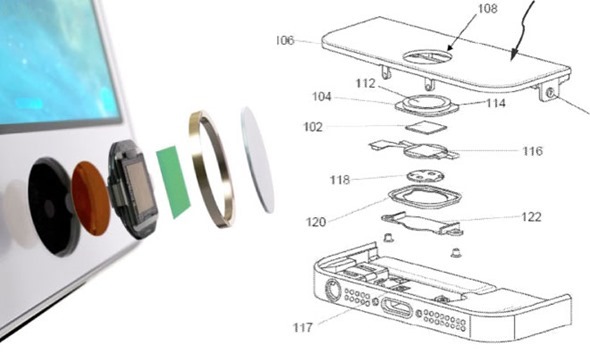 As for the credits on this new patent application? Well, it seems someone at Apple wanted to make sure that credit goes where it’s due, with a full nine names listed as inventors of Touch ID: Benjamin J. Pope, Shawn Arnold, Barry J. Corlett, Terry L. Gilton, Syed Husaini, Steven Webster, Scott A. Myers, Matthew D. Hill, and Benjamin B. Lyon.

Now here’s to hoping that Apple manages to actually get a patent for this technology. Keeping in mind that they got a a patent for ‘Slide to unlock’, then this should be a piece of cake for the Cupertino giants.