Apple today updated the numbers it shares in terms of iOS 14 install numbers with the news that 86% of modern iPhones – devices released in the last four years – now have iOS 14 installed.

That number falls to 80% in terms of all currently active iPhones as of February 24.

The last time Apple updates these numbers was December 15 with 72% of active iPhones running the update at that time. 81% of modern iPhones were updated at that point as well.

Apple tends to do pretty well when you look at the rate at which people update their devices, whether that’s iPhones or iPad. Apple offers an option for automatic updating overnight which probably accounts for plenty of users, but it also does a good job of making sure people know that the need to update to get the hot new features.

By contrast, Google tends to struggle to get users to update versions of Android for various reasons. Top of the list is an issue with OEMs like Samsung and others rolling updates out. 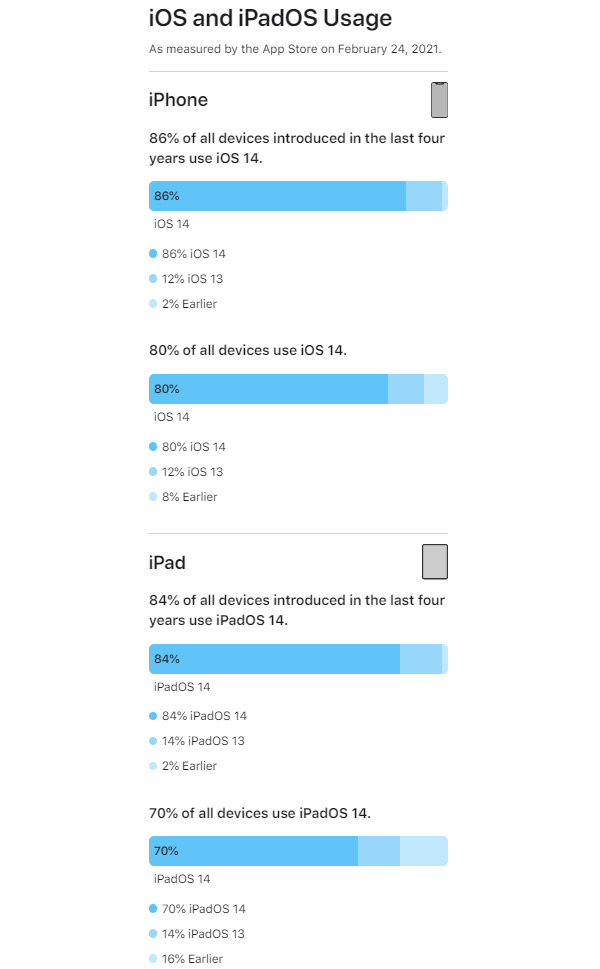 Apple, obviously enough, doesn’t have to deal with problems like that. Carriers don’t need to check iOS updates either, whereas they often do on the Android side of things.