According to press statement from AT&T released earlier today, the iPhone 4S has seen more than 200,000 preorders within the first 12 hours of pre-orders going live. The news is accompanied by Apple officially selling out all pre-orders of the iPhone 4S. 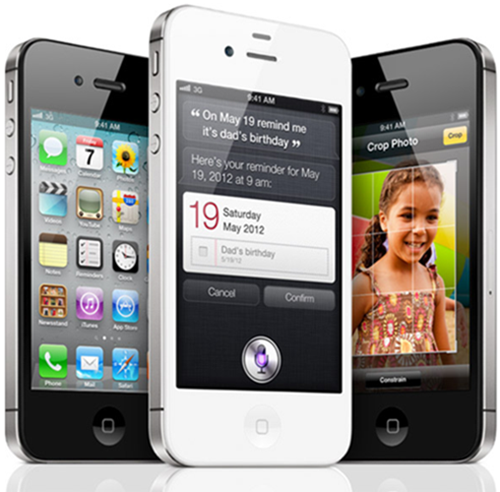 The news comes from 9to5Mac – a blog dedicated to covering all things Apple – in a post where they discuss AT&T’s statement on the iPhone 4S.

There is apparently “extraordinary demand” for the iPhone 4S as the recently announced smartphone has already been pre-ordered over 200,000 times in the first 12 hours. This may seem a little innocent compared to the more than 600,000 pre-orders of the iPhone 4 back in June last year, but today’s 200,000 figure is for one network only (AT&T) out of the total three networks i.e. AT&T, Verizon and Sprint. Also, let’s not forget that this is only just for the first 12 hours.

AT&T has seen extraordinary demand for iPhone 4S with more than 200,000 preorders in the first 12 hours alone, the most successful iPhone launch we’ve ever had. It’s obvious customers like AT&T’s 4G network, which is the only one that lets their iPhone download twice as fast and talk and surf simultaneously.

AT&T’s statement regarding record-breaking pre-orders of the iPhone 4S is all good news but folks who were a little late in pre-ordering the iPhone 4S will now find that Apple has sold out all of its American iPhone 4S pre-order allotment.

Apple’s online Store still allows folks to order iPhone 4S, but the units would be shipped after after “1-2 weeks”. This means, if you order the iPhone 4S now, you’ll probably get it few days after October 14th or “around” October 21st.

The iPhone 4S was announced four days ago at Apple’s Let’s Talk iPhone media event at Apple Town Hall in the company’s own campus in Cupertino, California. Response to the new phone was decidedly mixed as most people wanted an entirely new phone rather than a “rehash”.

We here at Redmond Pie don’t really have anything against the iPhone 4S. Sure, it’s got the same old design, but that design is really is timeless. Apple doesn’t change a product’s design for the sake for change, they only change it when they feel it can be done better. As Gruber said, “Thinner, stronger, smaller, more efficient. If they don’t have a new design that brings about such adjectives, they’re going to stick with what they have.”

We’ve already talked in detail about the iPhone 4S’ features and specifications. If you’re not in the mood for reading a lengthy article, then all you need to know is that the iPhone 4S packs a significantly powerful dual-core A5 chip, a dramatically improved camera and a neat voice recognition feature called Siri assistant which lets you use your iPhone through voice alone.

You’d better hurry up if you want to pre-order iPhone 4S; Apple products aren’t easy to get in the first few months after launch.