The iPhone 4S was announced on October 4th at Apple’s Let’s Talk iPhone media event which was held at Apple Town Hall inside the company’s own campus in Cupertino, California. It features a dual-core chip, advanced optics and a neat voice recognition feature which we’ll talk about in a bit. 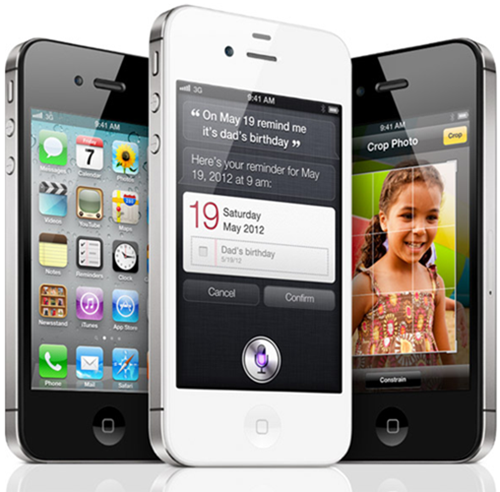 In a poll we recently conducted over on our Facebook page, it was found that most of you will be skipping the iPhone 4S in favor of the inevitable iPhone 5. This isn’t too surprising to us, as response to the iPhone 4S was considerably mixed. People were disappointed with how Apple decided to keep the iPhone 4’s design and make updates under the hood only.

Although the mixed response is understandable, the insides of the iPhone 4S are pretty much what we were expecting from the iPhone 5. The dual core Apple A5 chip offers up to 7 times the graphical performance and twice the general performance, the 8 megapixel camera (which records video at Full HD 1080p) performs like a champ and is believed to be good enough to replace dedicated point-and-shoot cameras and, of course, let’s not forget the amazing Siri assistant which uses advanced voice recognition technologies to let users control their iPhone 4S through voice alone. We’ve talked about all of these features in detail in our post on iPhone 4S Features and Specifications which you should definitely check out.

The iPhone 4S is available for pre-order right now from the links given at the end. There are three models based on internal memory: 16GB ($199), 32GB ($299) and, for the first time, 64GB ($399). All three models with the prices given in brackets come with a two-year contract on three networks: AT&T, Verizon and, finally, Sprint. All these models are, of course, available in two colors: black and white. 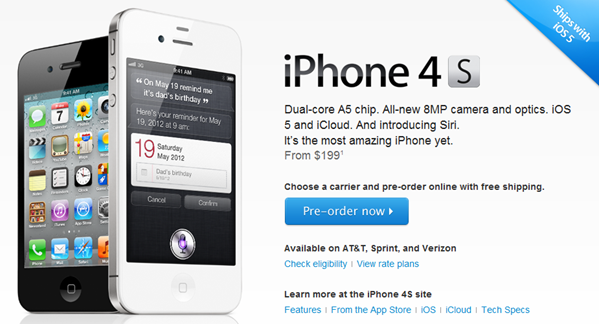 Sprint’s offering of the iPhone 4S is especially interesting as it comes with unlimited data plan which is something a lot of users want but do not get on networks like AT&T and Verizon.

Which iPhone 4S are you getting? Sound off in the comments section on Facebook!