Apple may offer Apple Music as a streaming music platform to consumers, but a new report is suggesting that the Cupertino-based company is positioning itself to strengthen its streaming offering with a potential acquisition of Tidal, the high fidelity music streaming platform.

Owned and operated by hip-hop superstar Jay Z and a cohort of other well-known names in the music business, Tidal’s acquisition is not just a simple case of wanting to acquire a company that Apple sees as a competitor, but in fact Tidal would greatly bolster Apple’s ability to obtain exclusive content for Apple Music. 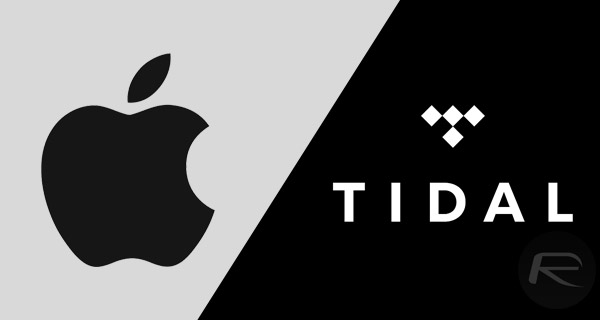 One of the original visions for Apple Music, which ultimately ended up being one of its main marketing points when it was formally introduced to the world, was to operate as a music streaming service similar to Spotify, but one that would regularly offer exclusive content that would only be available in the first instance via Apple Music. Apple had hoped that the availability of that exclusive content would convince consumers to become Apple Music subscribers over similar services, such as Spotify and Tidal.

It seems that Apple is interested in Tidal because it has very strong ties and connections with a number of influential artists in the music business. Of course, a lot of those artists are actually part owners of the Tidal service, such as Beyonce, Chris Martin, Jack White, and Kanye West, and not only can they offer their own musical creations exclusively to the platform, but also have a lot of sway when it comes to negotiating exclusive streaming rights.

The report does also suggest that both Apple and Tidal’s owners are at a very early stage of negotiations, and that it may still result in no acquisition taking place. If Apple does decide to ultimately make an offer, and Tidal does change ownership, Apple will be successful in its intentions where it seems a number of other companies have failed.

Historical speculation has suggested that Samsung, Spotify and Google have all considered a takeover of Tidal, but have backed away from the acquisition for one reason or another. Apple will acquire 4.2 million paying subscribers as part of the deal if that purchase does go ahead.

Both companies have so far declined to comment on the speculation.