The FIFA World Cup 2018 kicks off this coming Thursday and with it, a world’s hopes will eventually be dashed come final day, unless of course you happen to be from whichever country wins the tournament on the final day.

Between now and then, though, Apple’s Siri will be the place to go for scores and fixtures with the company announcing via a press release that users in Brazil, Russia, Denmark, Finland, Malaysia, Turkey, Thailand, Saudi Arabia, and Israel will join other supported countries in being able to access sports scores via the digital assistant. 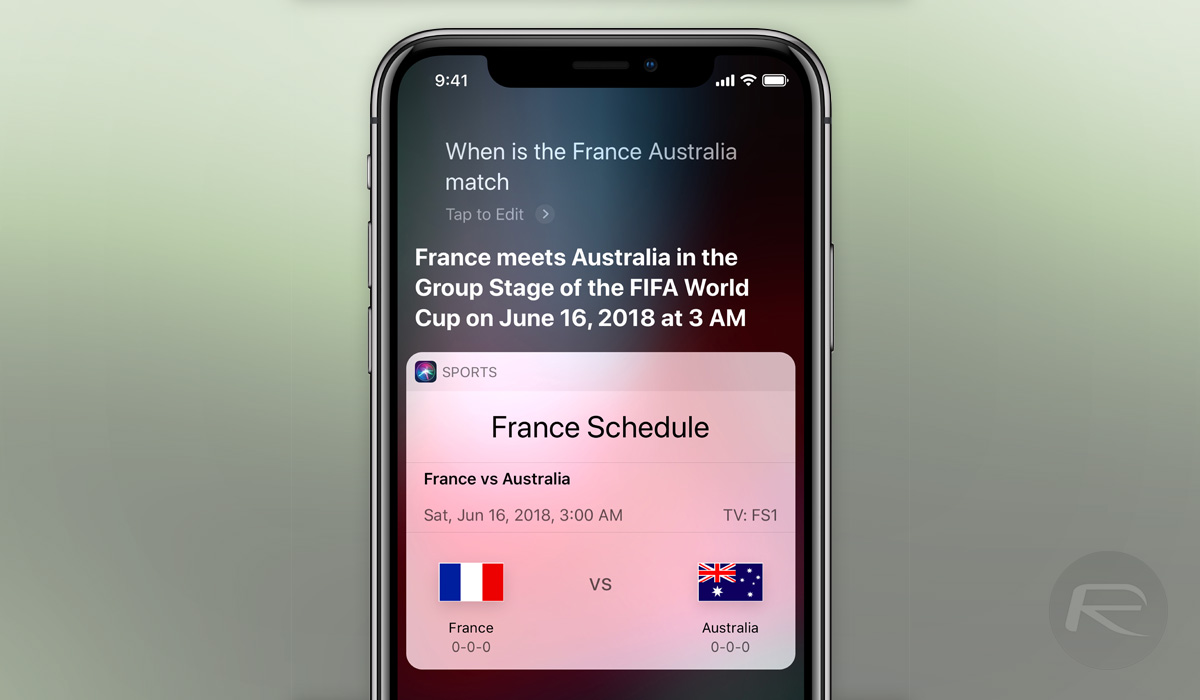 Apple says that Siri will be able to answer a range of questions covering most that we can think of when it comes to the World Cup, for example:

The additions to Siri mark the start of a month’s worth of Apple celebrating the World Cup. The App Store will apparently highlight apps and games that relate to football (the proper football!) and broadcasters of the games will also be highlighted to ensure everyone can get their live action fix when the big games are on.

The Apple TV will also be the place to catch content, getting the games onto the big screen via the Apple TV apps offered on the App Store.

The Apple TV App on iPhone, iPad and Apple TV is the single destination to find and watch the TV shows and movies you love. In the US and Canada, where the Sports feature is available, Apple TV App users will be able to keep track of all the action on FOX NOW in the US; and TSN and RDS, Bell Media’s English and French-language apps in Canada. Fans can favorite teams and follow their matches in Up Next, and receive notifications on their Apple devices when their team is playing or a game is close. 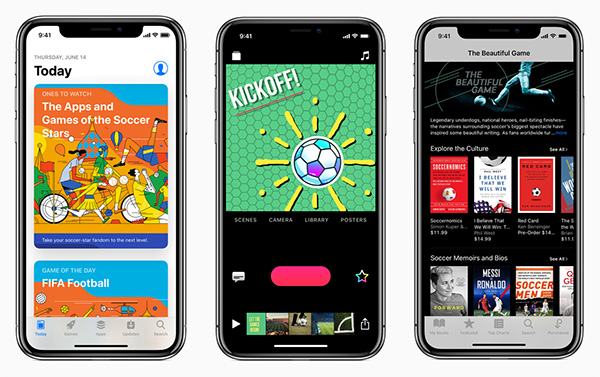 The World Cup theme will extend to Apple Music, Apple Podcasts, and even iBooks, where football related content will be front and center for the next few weeks, allowing anyone and everyone to get into the spirit of the beautiful game. There’s even going to be special football-themed graphics for use in the Clips app. Remember that?

Fans can show their spirit by creating Clips videos with new football-themed graphics including an animated sticker, label, and poster with customizable text. The World Cup kicks off this Thursday, June 14th, when hosts Russia take on Saudi Arabia in Moscow.