Apple Pay Vice President Jennifer Bailey has this week been discussing Apple’s roadmap plans for the company’s contactless payment platform. As part of an interview, Bailey has let it be known that the company has lofty ambitions to bring Apple Pay to every significant market in which it currently has operations. In short, if Apple does business in your territory, then it ultimately wants to introduce Apple Pay into that country too. As part of those expansion plans, it seems that Apple has an initial focus on expanding Apple Pay into additional European and Asian countries after the recent launch in Singapore.

Adding support for Apple Pay in Singapore means that Apple’s payment platform is now available in six countries; the United States, United Kingdom, Australia, Canada, China, and now of course, Singapore. Apple has also already gone on record to state that Apple Pay will be introduced into Hong Kong “soon”. We can only imagine that Apple is currently in the final stages of finalizing partnership in Hong Kong with financial institutions, and that it will make the network available as soon as those deals are solidified and put firmly in place.

Apple of course is not stopping there, and is planning to make some serious inroads where the European and Asian market is concerned. Bailey has stated that:

We’re working rapidly in Asia and also in Europe, our goal is to have Apple Pay in every significant market Apple is in.

As you can imagine, the decision to try and roll out Apple Pay into a particular country isn’t based purely on whether or not Apple currently does business there. As Vice President of the Apple Pay initiative, Bailey and her team have to take various factors into consideration when deciding which countries to show priority to. Of course, the fact that Apple has existing operations in that area is a big help, but the team also looks to how widespread wireless and contactless terminals actually are in a specific country or region, and whether or not credit and debit card usage is strong amongst consumers. In addition to those considerations, Apple also needs to have the necessary partnerships in place with financial institutions, such as American Express and Visa. 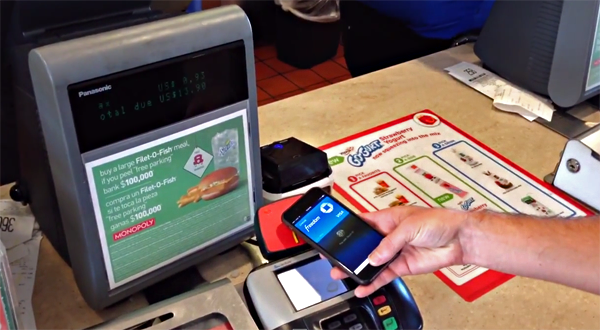 One of the great advantages that Apple has when trying to put together these partnerships is that the existence of Apple Pay in a country can have an almost instant effect on the amount of transactions that are happening via contactless methods. Citing the launch in the United States, Bailey states that contactless payments accounted for approximately 4-percent of transactions prior to Apple Pay’s launch. That figure is now around the 20-percent mark and is only set to rise as additional devices come to market supporting the Apple Pay experience.