Apple had a new patent application granted on Tuesday, with the hardware contained within that patent closely resembling the current Apple Pencil accessory available to buy for use with the iPad Pro. Where things begin to differ, however, is the inclusion of additional sensors as well as interchangeable nibs, two additions that could potentially make this unknown stylus even more powerful than the one Apple is currently peddling.

Granted under U.S. Patent No. 9,329,703 for an “Intelligent Stylus” and dated 2011, this particular patent does appear very similar to the currently-shipping Apple Pencil on first blush, but there are certainly as many differences as their are similarities here.

Take the interchangeable nibs, for example. Where the current Apple Pencil uses pressure sensitivity as well as data pertaining to the Pencil’s orientation, which is collected by the device itself, in order to change the size and angle of brushstrokes generated by it, this new patent allows for interchangeable nibs that automatically change the aforementioned drawing and writing characteristics of the device.

The nibs, according to the patent, would feature unique codes that would allow the stylus to recognize which was in use at any one time, changing the device’s output characteristics to match. 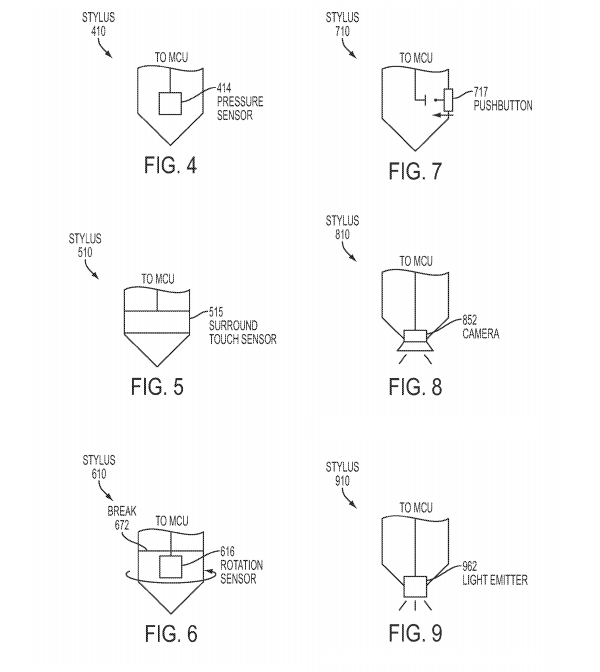 Alongside nibs, the unannounced stylus shown in the patent also features more sensors than the current product, allowing it to more accurately know its position and orientation, and offering additional security via Touch ID fingerprint sensor. This data is expected to be passed back to an iPad Pro wirelessly via Bluetooth, just as it is now. 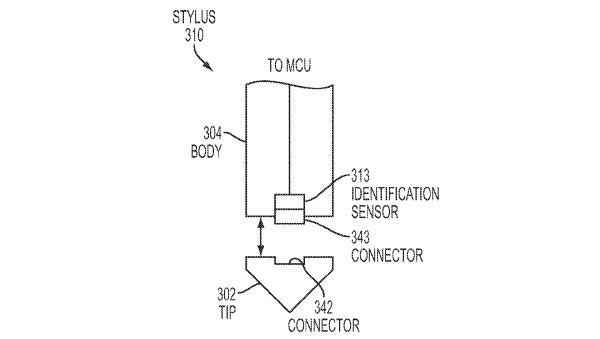 The current Apple Pencil only went on sale months ago, and with the smaller 9.7-inch iPad Pro fresh out of the blocks, it’s unlikely that a new, redesigned Pencil is on its way any time soon. All bets are off when the next iPad Pro is announced, though.