Apple Patents A Way To Wirelessly Charge Your iPhone, Apple Watch From Your MacBook

You’ve always been able to charge your iPhone and Apple Watch from a MacBook by plugging in a cable, but what if you could charge wirelessly instead? Wouldn’t that be a better idea?

Maybe, and that’s something Apple is exploring following the spotting of a pair of new patents relating to wireless charging. 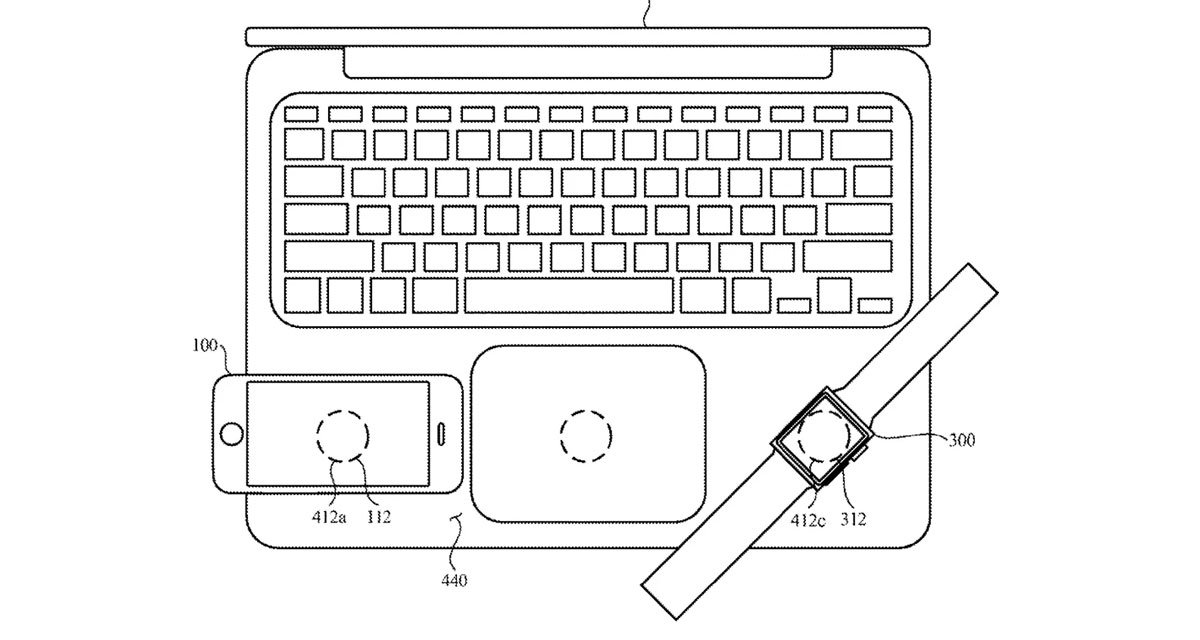 According to the patents, spotted by Patently Apple, a MacBook would be able to charge a number of devices at the same time, including iPhones, iPads, and Apple Watches. Theoretically, you could plug a MacBook in and charge various devices from it, all without needing any additional cables.

Apple’s patent FIGS. 7A and 17 below illustrate how multiple inductive charging coils could be placed under the frame of a MacBook that could accommodate charging of multiple devices at one time.

Apple’s images show a MacBook, both open and closed, with devices laid atop it. Those devices are charging wirelessly while others are placed on top of them. That would suggest that Apple’s patents would bring the same reverse wireless charging tech to iPhones and iPads, allowing them, in turn, to wirelessly charge other devices

Think of it as a four-tier wedding cake of Apple devices and you’ll have the idea. 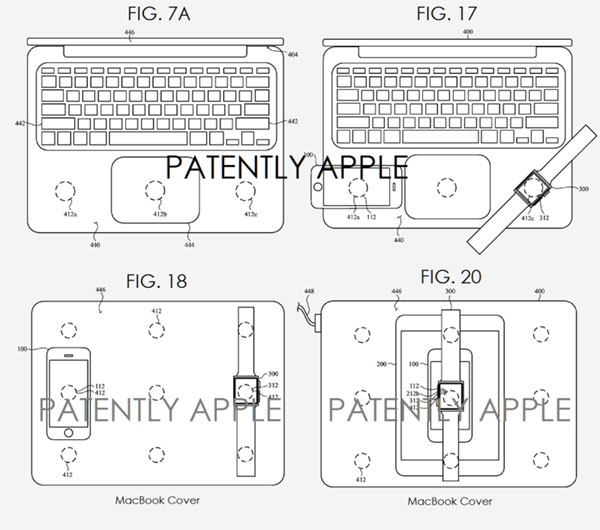 It is, of course, important to remember that Apple patents everything its skilled engineers can come up with and that few of them actually turn into shipping products or features. But if this does ship, it could change the way we power our devices forever.