Apple’s latest OS X El Capitan 10.11.1 beta 3, which was seeded to registered developers just yesterday, contains a number of references throughout which indicate the existence of a range of new accessories for Apple’s Mac range of computers. The discovered references are pointing towards a Magic Keyboard, a Magic Mouse 2, and Magic Trackpad 2. These may well be the clearest indication yet that Apple could be planning on introducing some improved peripherals alongside the next Mac refresh.

This isn’t the first time that we have come across an indication that Apple has been working on new and improved accessories. Back in August of this year there was an FCC filing that outlined proposed plans for a new Apple Wireless Keyboard, as well as a second-generation Magic Mouse that would both come internally equipped with Bluetooth 4.2. The filing also suggested that Apple would do away with the need for replacing batteries in both accessories by bundling in a rechargeable lithium-ion battery which would ship with a charger.

Further proof of the existence of these products was also introduced when Apple started collecting website domain names relating to the “Magic Keyboard” term, such as applemagickeyboard.net, and applemagickeyboard.com. If the references to the three new accessories are contained within the latest El Capitan beta because they are ready to ship, then it’s highly likely that we could see them officially unveiled as early as next week when Apple is expected to announce a new 4K 21.5-inch Retina iMac to complement its existing lineup of Macs. 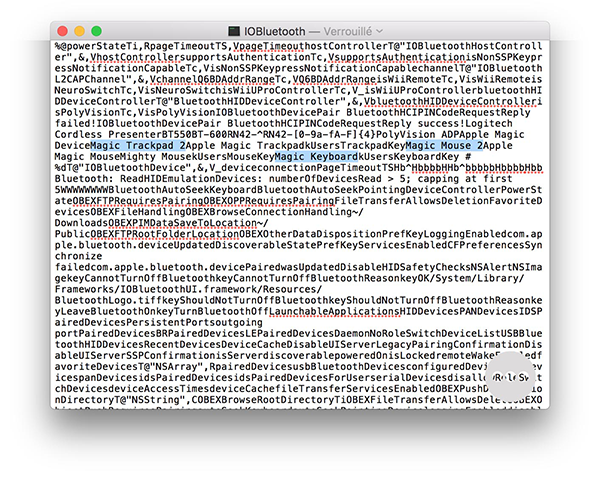 If that’s the case, then the new accessories would effectively replace the existing Apple Wireless Keyboard, Magic Mouse and Magic Trackpad that Apple sells individually online and through the Apple.com digital store. Consumers who currently own a Mac, or who may get with the Mac action should a smaller 4K Retina variant be announced, will jump at the chance to obtain a new wave of accessories that simply don’t require constant battery changing. The improved Bluetooth LE support should also mean that the internal battery should have a fairly substantial shelf life before it requires a charge.

It would be interesting to see if the team at Cupertino throws in Force Touch support for its next-gen trackpad, and if Touch ID manages to make its place on any of the three new accessories. With Apple’s expected event just around the corner we’ll find out sooner rather than later.