If you take a look at any of Apple’s recent notebooks, the thing that generally dominates them is their super-large, static trackpad.

Larger than the vast majority of trackpads on competing notebook computers, its sheer size can be great for those who find themselves using a trackpad often, although those who spend more time with their fingers on the keyboard would rather it wasn’t quite so gigantic. Apple seems to be looking at ways of essentially making that trackpad invisible though, at least according to recent patent applications.

However, if the thought of an invisible trackpad has you wondering whether it would be hard to find, you need not worry. The reason for that is the fact that, at least according to the patent in question, the entire area below the computer’s keyboard would act as a trackpad with there even being the possibility of the keyboard itself acting in a way similar to a trackpad.

This, of course, could make the entire top case of a MacBook, including its keyboard, into one giant trackpad. Whether that’s the kind of think you’d like is up to you although we cannot imagine it being good for repairability especially at a time where Apple has had more than its fair share of bad press for dodgy keyboard construction and replacement programs.

We like the idea of this a lot, although perhaps not so much the keyboard. We’d also be curious to know how well something like this could reject palm contact rather than having users cause inadvertent taps, but that’s the kind of thing on which we’d reserve judgement until we see something using this technology out in the wild.

For now, it’s important to remember that not every patent turns into a product, especially when it comes to Apple. A decent pinch of is salt required here, even if it does pique our interest somewhat. 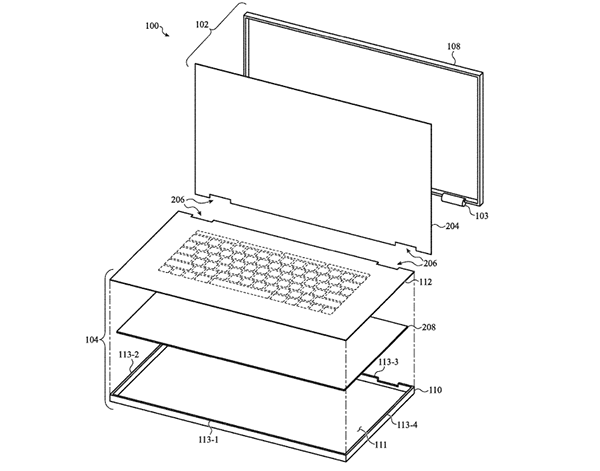