Apple Is Now The Top Phone Vendor In U.S. For The First Time Ever, According To Report

The smartphone and tablet sales and shipment figures churned out by our resident numbers firms make for particularly intriguing reading, since different companies tend to draw differing, oft conflicting conclusions regarding which vendor enjoys a stronghold on the market. One such company unafraid to wade into the Apple-Samsung debate is Strategy Analytics, and according to its latest research, Apple has overtaken Samsung to stake its claim number one phone vendor in the United States. While the Korean consumer electronics giant managed to shift an almighty 16.8 million units in the last quarter, Apple appears to have piped its bitter rival, managing an impressive 17.7 million iPhone sales. Meanwhile, LG took third spot with a comparatively meager 4.7 million.

The numbers are even more impressive when one considers that the study takes into consideration all mobile phones – smartphones and so-called ‘dumb’ phones. Considering Apple sells only smartphone devices in the form of the iPhone – while the likes of Samsung and LG still push vast quantities of the less featured handsets, the Cupertino company’s achievement is no mean feat.

Of course, Apple was always going to have a good chance of reaching the summit in Q4 – no less because it launched the brand-new iPhone 5 in September and dropped the prices of both the iPhone 4 and 4S. Still, it’s not as though Apple didn’t release the iPhone 4S in the latter stages of 2011, and considering this is the first time in its history that Apple has taken the number one phone vendor spot, underlines the notion that Apple’s iPhone 5 worthy of its status as an acclaimed, revered and celebrated handset.

Samsung has sat atop the pile for the past five years, but with Apple selling more than one in three devices sold throughout the US in Q4, the company’s most treasured asset remains strong despite the higher price points. 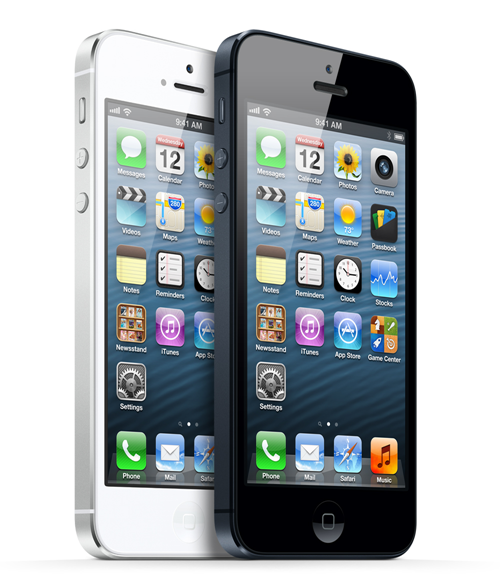 Strategy Analytics’ Executive Director Neil Mawston placed much of the credit on the iOS software, adding that Apple’s success was due mainly to "its popular ecosystem of iPhones and App Store". Although iOS 6’s Maps app was a little controversial, the adoption rates have been phenomenal, and with 6 in every ten iOS users now on the latest and greatest firmware, the fruit company will need to continue updating and improving in order to continue its great form.