Apple Is Now The Most Valuable Company Ever At $622 Billion

It would take a brave man to try and attempt to predict when Apple’s stock will stop rising and eventually find its limit. The share price has continued to rise and rise over recent months and the intense speculation surrounding the new iPhone and any other possible hardware releases next month obviously have played their part with the share price rising by a total of 8 percent so far this month, with 2.3 percent rise today alone in afternoon trading.

Today’s 2.3 percent increase saw the price rise to $662.73 per share, which in itself doesn’t really seem that out of the ordinary but the story is really in the milestone that the rise took the company past rather than the minimal increase itself. The rise saw Apple’s market value rise to $620 billion to become the most valuable company of all time, a record that we would imagine will not sit well with Microsoft considering it is their milestone they have surpassed. 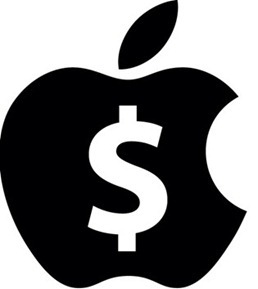 Back in 1999, at the height of their success, Redmond based Microsoft had a market cap of $619.00 billion, but as it has been pointed out that when inflation is taken into account that would roughly sit at about $840 billion. It isn’t really any great surprise that Apple’s stock is rising at the minute as the company is surrounded by unprecedented levels of interest in their next-generation iPhone that is due to be announced in less than four weeks. History has shown us that the company’s stock always excels when surrounded by this type of speculation.

When the eventual rollout of the new iPhone occurs toward the end of September, analysts are suggesting that there are a number of things that could negatively affect the stock price of the company, including supply issues and suppliers inability to produce components to match demand for any new devices that Apple introduce us to next month. Unfortunately for Apple they have been blighted by supply chain problems in the past and will be hoping that this doesn’t occur again this time around. It may be good news for Apple that they have become the most valuable company ever, but let’s hope the press announcement next month is good news for consumers with the introduction of some out of the world hardware.