Apple’s iOS 6 Maps App Nears Completion, Here’s What It Will Look Like [IMAGES]

Like most iOS users, I rely heavily on Google Maps to spring to my aid whenever I become lost. The days of preparing a journey turn-by-turn in advanced are long gone, in my opinion, and I usually aim for the vicinity of my goal destination and type in the postal/zip code again to check the exact spot once I’m there.

Google’s Maps app has been an omni-present fixture of iOS since Apple launched the iPhone back in 2007, and as much as Apple loves featuring apps from its bitter rival at stock level, the fruit company looks to be at the business end of completing its own, in-house offering complete with stunning 3D visuals.

In fact, Apple has been working on said app for a good few years, and having made a few significant start-up acquisitions along the way (significantly, C3 technologies), the Cupertino crafted iOS Maps app looks set to be a part of the upcoming iOS 6 mobile operating system, which we expect to see later this year along with an upgraded iPhone.

BGR looks to have the inside scoop regarding specifics of the new iteration of Maps, having obtained information and accurate mock-ups from "a trusted source." As you can see, the interface is a great deal different to what we’ve become accustomed to, and features an all-new navigation bar which – unlike the depiction – is said to be silver as opposed to the usual blue. With the iPad now boasting a silver color scheme, the consensus seems to be of an Apple shift toward a much more silver-themed look throughout iOS 6. 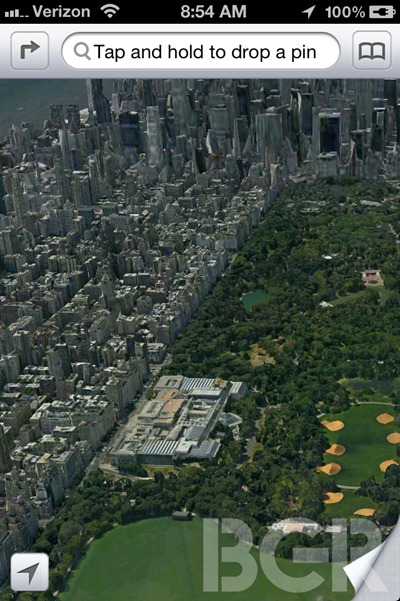 There’s also said to be a floating "locate me" button in the bottom left corner, and to access the C3 Technologies-inspired 3D mode, users will need to peel back the bottom right corner. The 3D mode can easily then be activated or deactivated by tapping a 3D icon which will be situated in the lower left corner, and judging by the would-be screen shots, the new Maps app will be a real party piece when iOS 6 finally rears its head later this year. 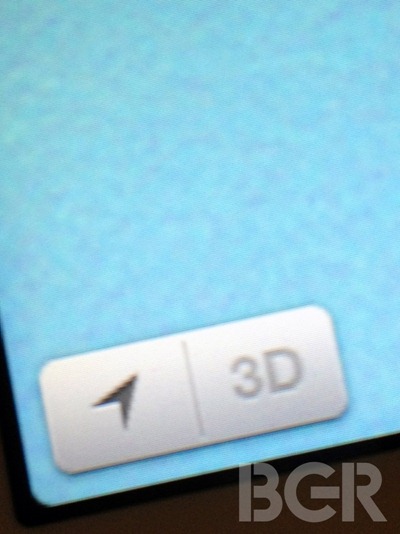 With mounting pressure from Android vendors, the onus on Apple to deliver the goods is higher than ever, although if the previews of the new Maps is anything to go by, consumers could be in for a real treat.