Today’s tech news will be largely dominated by Android, and given the successor to the biggest selling Android device to date is launching across much of Europe and the Middle East, it shouldn’t come as too much of a surprise.  In conjunction with the big launch of the Samsung Galaxy S III, the Korean LCD specialist is also (re)introducing its Music Hub app, which has been massively revamped in order to be taken seriously as a competitor to the popular services like iTunes and Spotify.

For £9.99 (UK) or €9.99 throughout Europe, the premium subscription services allows you to stream music from an extensive library exceeding 19 million tracks via a web browser or up to five authorized devices. Samsung has clearly been doing its homework on rivaling services, and as well as 100GB of cloud storage, Music Hub also offers custom radio stations or the ability for you to upload your own music using scan-and-match – Samsung’s take on Apple’s iTunes Match service launched late last year.

The service is built upon the technologies of Samsung’s recent acquisition mSpot, while 7 Digital takes care of providing the large catalog of tunes. Having surpassed Apple to become the number one smartphone manufacturer, Samsung is looking to deal more misery on its Cupertino-based rival, and although the Korean outfit hasn’t placed much emphasis on content hitherto, that is quite clearly changing.

Although Music Hub has been launched to purposely coincide with the launch of the Galaxy S III, it will offer compatibility with a number of older devices, including the Galaxy S II and Galaxy Note, as well as Samsung’s Smart TV range amongst others.

As you would expect, it will be a native part of all future smartphones, and there will be a browser-based media player allowing Music Hub to be enjoyed at anytime, in any place, and from any device. An iOS app is being prepared, although that will surely be a difficult area to master – especially given Apple’s stance on selling similar-to-iTunes content. 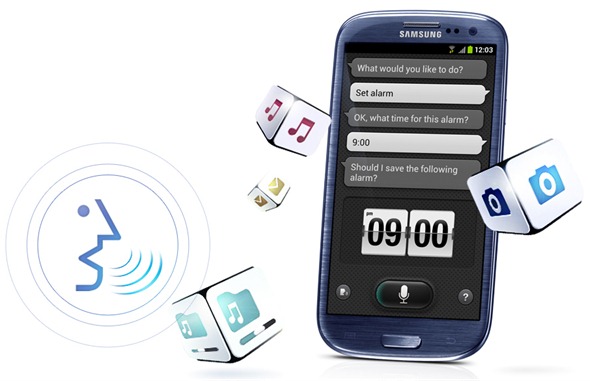 Amazon et al hit a brick wall trying to sell books through iOS apps, and given the smoothness in which iTunes works with Apple’s ecosystem, it’s going to be extremely hard for Samsung to infiltrate.