Apple has published a new support document highlighting the security content of iOS 8.4.1. According to this document, Apple has patched not one but eight exploits used in TaiG jailbreak. Apple has obviously credited the Chinese-based team TaiG for finding these exploits in iOS. 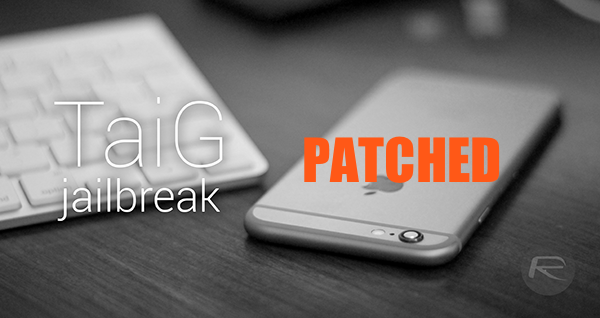 What this means is that unless and until TaiG or some other jailbreak team have exploits which are not known to Apple yet, the chances of yet another quick jailbreak tool for iOS 8.x looks slim. Also with iOS 9 releasing next month, jailbreak teams will likely save any more exploits they have for next major Apple release rather than wasting it on this minor 8.4.1 update.

If you’re on iOS 8.4 and care about jailbreaking, just stay there and DO NOT update to iOS 8.4.1. The next public jailbreak won’t be coming for many months now.

If you are on a version older than iOS 8.4, you can update to iOS 8.4 now as Apple is still signing the firmware. The signing window for 8.4 won’t last for long though so you might want to hurry if you want to restore to iOS 8.4.

You can get iOS 8.4 firmware file from here: Download iOS 8.4 Final IPSW Links For iPhone And iPad.

For more on jailbreak news, updates, tweaks and tutorials, stay tuned to our coverage here at RP.