OS X Yosemite is close to the end of its active life, and soon to be replaced by the next iteration in OS X, the El Capitan. At a time like this, it’s rather strange to see another update rolling out for Yosemite, but that’s exactly what Apple did today. The Cupertino-based company quietly released Yosemite 10.10.5, which is more of an under-the-hood update that includes a number of bug fixes, most importantly for the DYLD_PRINT_TO_FILE vulnerability.

The update has been in developer beta testing for some time now and as of today is available to download through the Mac App Store for free, as always.

The update, other than fixing the vulnerability (we’ll come to that later), contains a number of performance enhancements and bug/security fixes. Specifically,

The vulnerability that 10.10.5 update fixes mainly deals at root level in Macs that can allow an attacker to gain system level access. The vulnerability was itself discovered earlier this month, so its heartening to see Apple fixing it really quickly. At the same time, this also means that this is an update that users should install as soon as possible, since it’s critical to their machine’s security.

It is likely that this update might be the last in the series of major updates for Yosemite, since El Capitan is technically just around the corner, due in for release next month. Since there will still be Macs that will continue to run Yosemite, you can expect Apple to continue minor update releases to ensure that all the latest security patches reach all its customers, but nothing big might come for OS X 10.10 anymore. It did live a year-long, fruitful life, after all.

On the other hand, OS X El Capitan is all about performance improvements itself, building on the architecture whose foundation was laid down by Yosemite, but doesn’t focus much on visual improvements as much as under-the-hood fixes.

To update to 10.10.5 Yosemite, fire the Mac App Store and click on Updates tab to grab this all important security update for your Mac. 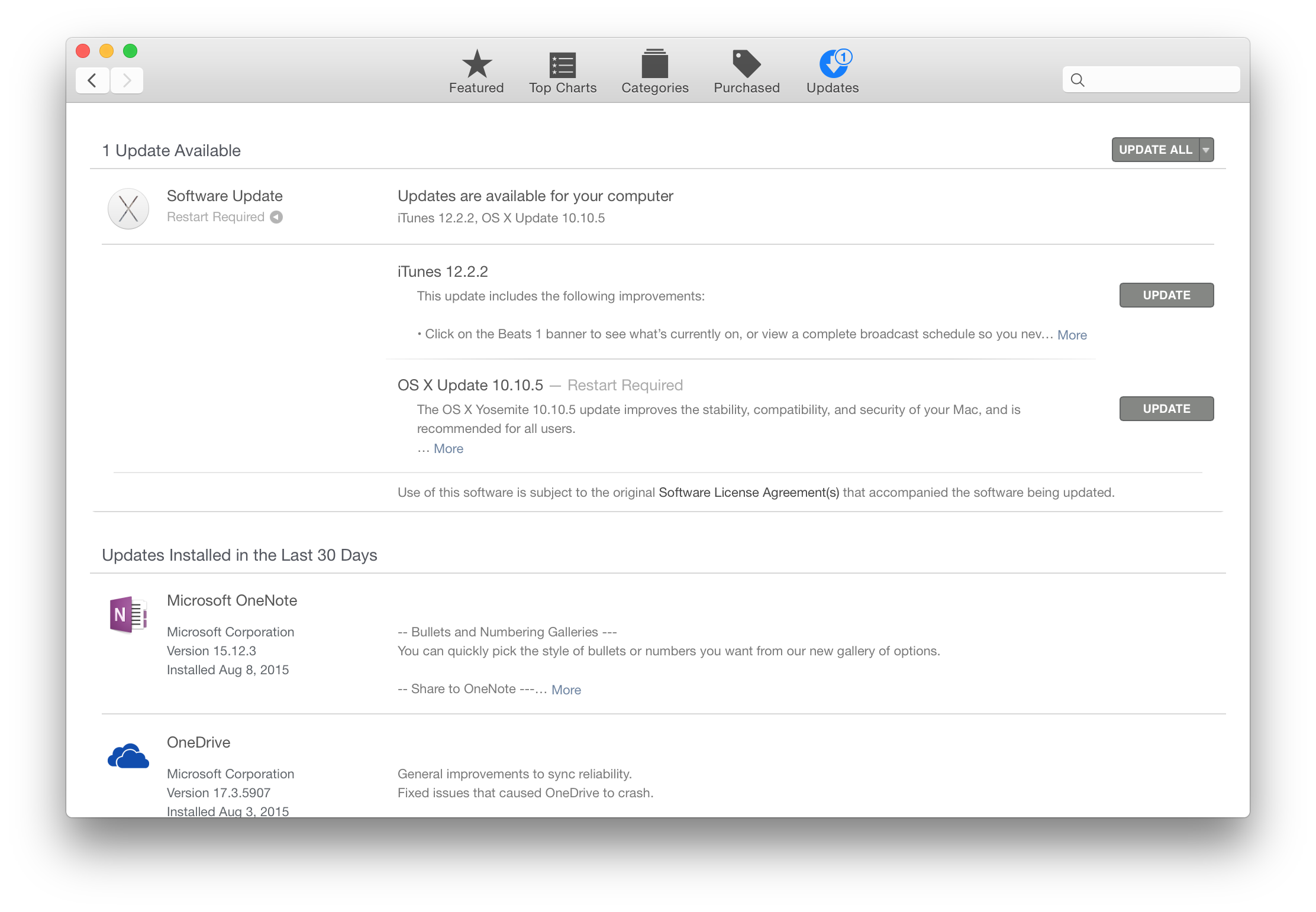