When proposing marriage, many men – and women – dream up original, romantic methods of popping that life-changing question. Such a special, memorable occasion deserves a little prior consideration, after all, and in order for everything to run smoothly, there’s usually a certain expectation. If you’re a hardcore geek, though, an expensive meal at the top of the Eiffel Tower just doesn’t cut it, and so one smitten tech fan spent tens of thousands on 99 boxed iPhone 6 units, laying them out in a heart shape as an enclosed space from which to ask for his partner’s hand in marriage. No expense being spared, he said his piece, but much to his dismay, the outcome wasn’t as expected.

His fair lady decided against tying the knot with our hapless (read: hopeless) Apple fanboy, who will now have to find a way to offload his $81,000 worth of loot. Given that they’re all presumably new and sealed, he shouldn’t have an issue recouping the majority of his spend since iPhones don’t tend to depreciate, although perhaps the store where he purchased the devices will refund him even if the policy doesn’t allow; out of sympathy if nothing else.

Some will say that his idea was perhaps a tad misguided, particularly given all of the romantic plans he could have made with the money wasted on iPhones, but we suspect that instead, she was just a hardcore Samsung fan completely unimpressed with the collection of devices he’d laid on.

Apparently a developer, our buddy popped the magic question in front of what looks like quite a large ensemble of friends, which seems a little odd given that, by and large, developers don’t tend to have more than two or three. I’m joking, of course, although while the world sees the funny side, the poor man at the center of the situation is unlikely to be laughing at this point in time. 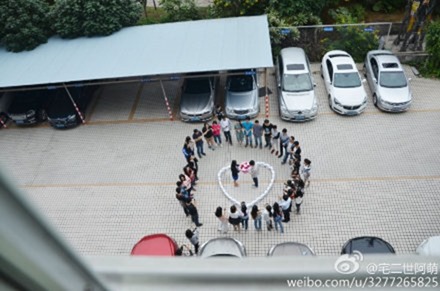 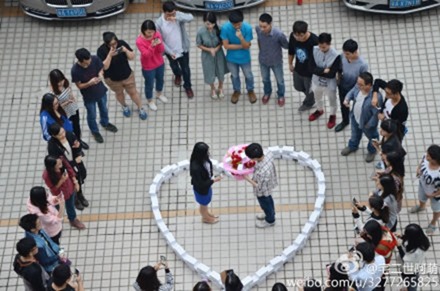 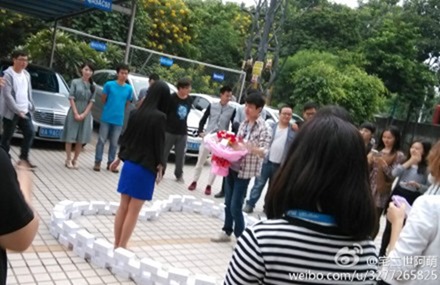 There’s also that lingering feeling that this whole episode may have been some kind of publicity stunt, and it certainly bears the hallmarks of one. If not, though, at least the world can learn a valuable lesson, although in saying that, we’re not quite sure what the takeaway is here.

But one thing is rather certain: our friend now has 99 problems, but a fiancé ain’t one.