When Apple began opening its brick and mortar retail stores; many thought someone at the company had been drinking a little too much Kool Aid. Nobody wanted to walk into a store and buy a computer, right?

Well, it turns out they do, and people have been doing just that in their droves ever since.

Not only has Apple opened over 300 stores worldwide so far, they also managed to turn customer service into something of an art form, and their stores are roundly regarded as being the best of the best when it comes to customer experience.

Apple isn’t resting on its laurels though, and they are constantly trying to improve the experience for those who set foot into an Apple Store. Part of that improvement is the system Apple Store staff use to track customers in their stores, and how they know when a buyer is looking for assistance. 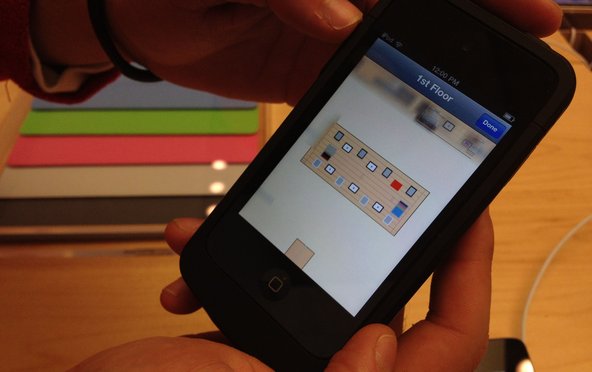 The New York Times has been given an insight into what goes on in-store, with one Apple employee showing off the new iPod touch-based customer tracking systems that are coming into use across the globe.

An app running on an iPod touch, the new system means that customers can order a product online or using the free App Store app and then notify the store when they are there to pick it up. This then flags up on the employees’ iPod touches, allowing them to help the customer as quickly as possible.

A similar approach is taken with the new iPad-based product descriptions that you will find beside each product in-store. Tapping the icon on-screen that calls an employee will send a notification to the same iPod touches mentioned earlier, with the location of the customer also sent to the device.

According to the Apple employee interviewed – he was named in the NYTimes article, though we’re not sure whether Apple will be too keen on the employee explaining the store’s workings to the press – the aim of all this is to prevent customers feeling hounded, allowing them to request help when they need it.

This feature allows shoppers to ask for assistance when they feel comfortable doing so, unlike in other retail stores where customers are hounded by employees eager to make a sale

It’s great to see that even with Apple Stores getting busier and busier, Apple’s focus is always on the customer.

If only every other retailer worked the same.