Apple CEO Tim Cook took part in a Q&A at Oxford University earlier this week, answering questions from students while sat on a rather nice leather couch. That couch is not the interesting part of the story, thankfully, but rather what was on it. No, not Cook himself, but his iPhone – presumably a new-fangled iPhone X, at that.

If we’ve lost you, just bear with us a moment. All will become clear. 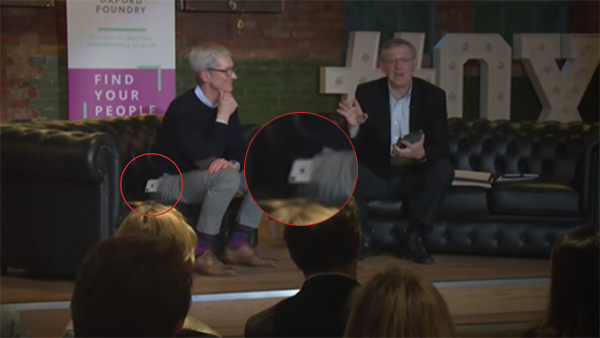 See, during the session, students watched on as an iPhone did its very best to peek out from inside Cook’s pocket. We’ve all had smartphones creep out of pockets when sat down, but there is something mildly amusing about it not only happening to the very top guy inside Apple, but also the fact it managed to happen while everyone was staring at him. Even more interesting is the fact that this iPhone was surely an iPhone X, Apple’s latest flagship smartphone that will not be available to us mere mortals until November 3rd.

Once he noticed the iPhone was gone from his pocket, Cook quickly laid the iPhone face-down, on the couch, possibly to avoid prying eyes, but he could, of course, have stuffed it back into his pocket if he really didn’t want anyone to spy it. 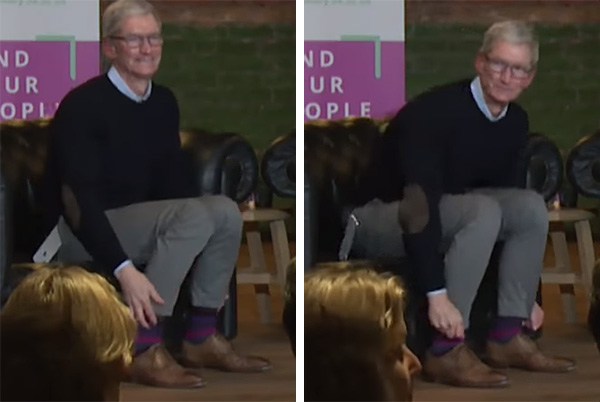 The iPhone X includes a glass construction that some have posited will make for a more slippery iPhone overall.

This new unintentional demo by the Apple CEO will not help allay any fears that this is the case, but it is also possible that Cook’s clothing just has small pockets. You know what they say about the simplest explanation being the correct one, don’t you?