You can now download Kodi 17.4 IPA or DEB file for your Apple TV 4K or even Apple TV 4 on tvOS 11. Here are the details.

Kodi team released the final version of Kodi 17.4 Krypton final for a variety of platforms in late August. Unfortunately, Apple TV didn’t get any love during that release wave. But now, a new build based on Kodi 17.4 has been released for Apple TV and it’s not only compatible with previous Apple TV 4th-gen model, but also the newer Apple TV 4K model. 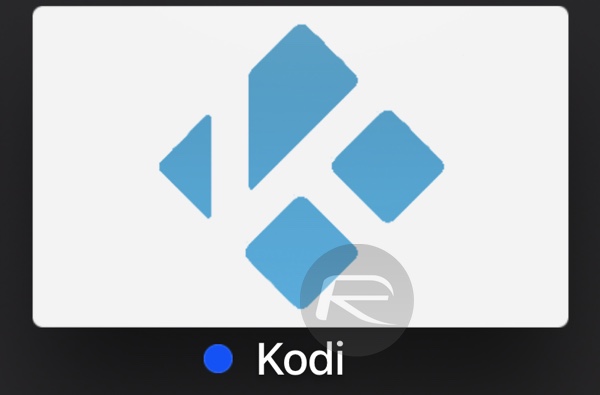 For those who don’t know, Kodi 17.4 brings bug fixes, security patches, and under-the-hood improvement to overall Krypton experience before the next big Kodi 18 Leia release. There’s also a minor bug fix Kodi 17.5 build currently being tested but that build hasn’t been made available for Apple TV set-top box just yet.

This also happens to be the first Kodi build which has been made available since the release of the new Apple TV 4K, and we have tested and confirmed that it works on the latest Apple TV model as well as the latest tvOS 11 firmware release in full 4K UHD resolution.

As for how to install it, while we will soon have a step by step guide available for it, but if you can’t wait, just pair your Apple TV with Mac via Xcode, generate and sign the IPA file, and then sideload it using Xcode. As you would expect, no jailbreak is required for this to work. 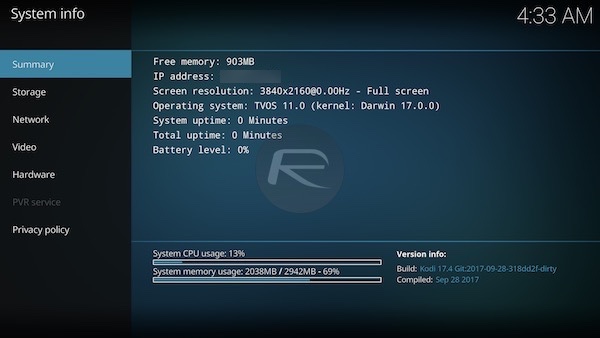 You can download Kodi 17.4 for Apple TV 4K and Apple TV 4 from here. As mentioned earlier, if you get into any trouble installing it, fret not as we will be back with a detailed step by step guide on how to install it soon. Stay tuned.