Earlier on this month, Apple announced that it was closing in on a monumental 50 billion app downloads since the App Store’s inception, and to commemorate the occasion, would be offering 50 lucky winners the chance to win some serious prizes.

Well today, that feat has been achieved, and the fortunate recipient of the $10,000 App Store gift card is Brandon Ashmore from Mento, who captured the magical 50 billionth download by downloading an app called “Say the Same Thing” by Space Inch, LLC. Meanwhile, the subsequent 50 unique individuals to have grabbed an app after the milestone was met will also be the recipients of a cool $500 gift card, which is certainly not a bad days’ work by all accounts. Apple goes as far as saying that the feat is historic, indeed it is, considering the the age of the App Store itself.

The App Store is scarcely five years old, but in its short lifespan, has evolved into the most prominent hub of digital content. A part of the thriving iTunes Store umbrella, the App Store is quickly closing in on one million unique apps, and with developers still tending to favor Apple’s ecosystem over the significant presence of Google’s Play Store, this trend looks set to continue. 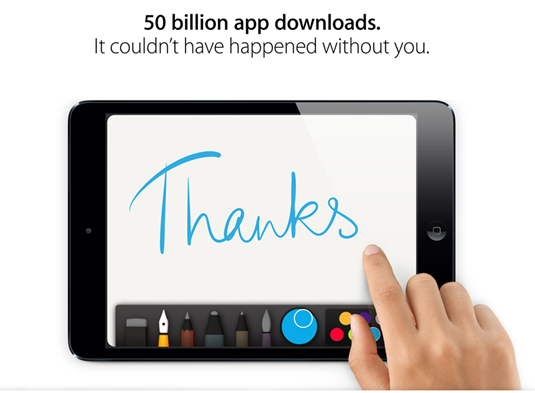 With Apple also selling iPhones and iPads by the bucketload, there’s little doubt the App Store is still a long way from reaching its peak, and if the as-rumored budget iPhone does in fact hit the market this year, we could easily see the 100 billion mark reached in less than two years. Considering how the number of downloads has grown exponentially year-on-year since the beginning of the App Store, I wouldn’t be surprised if this was the case irrespective of any cheaper Apple smartphone, and with success stories ranging from Angry Birds to Fruit Ninja, it’s no wonder developers see iOS as the most appealing initial avenue to test the viability of an app or game. 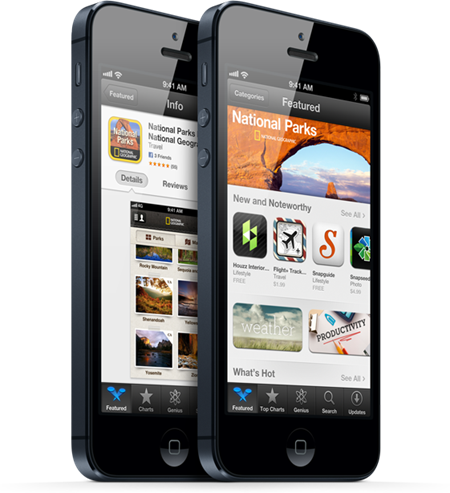 I did try strategically timing the snatching of a few bookmarked iOS apps to coincide with the occasion today, but unfortunately to no avail. Did any of you manage to get in on the prizes?

Oh, and while we’re on the subject of the App Store, be sure to check out our methodically sourced iPhone Apps Gallery and iPad Apps Gallery to discover some new and exciting content for your iPhone, iPod touch and iPad.