PocketGear has launched an unofficial App Store for Windows Mobile phones which currently includes over 2,500 applications and games – including both free

and paid apps. Based on almost the same application model as Apple’s iTunes App Store, PocketGear’s App Store enables Windows Mobile users to download and install their favorite apps and games from a Mobile client, installed on their handset which is connected to a cloud-based service. 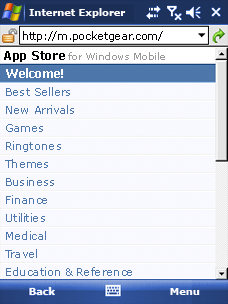 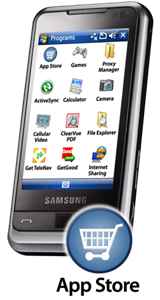 It is to be noted that Mobile World Conference 2009 at Barcelona is only a few days away where Microsoft is expected to unveil Windows Mobile 6.5 along with a bunch of cloud-based services including Marketplace(formerly Sky Market) – a Microsoft App Store for Windows Mobile phones.